We now have cut out all the wheels for the clock. But now we have to sand them. For this, Mr. John Wilding MBE, FBHI, recommends that I use a sanding belt on my bandsaw. Well, his had one. My chances of finding such a belt for my bandsaw are somewhere between zero and nil. So I have decided to build a linisher myself. This is a narrow belt sander, usually upright. Very useful for many purposes, including knife-grinding. This is a Topsy project. She just growed, as they say. 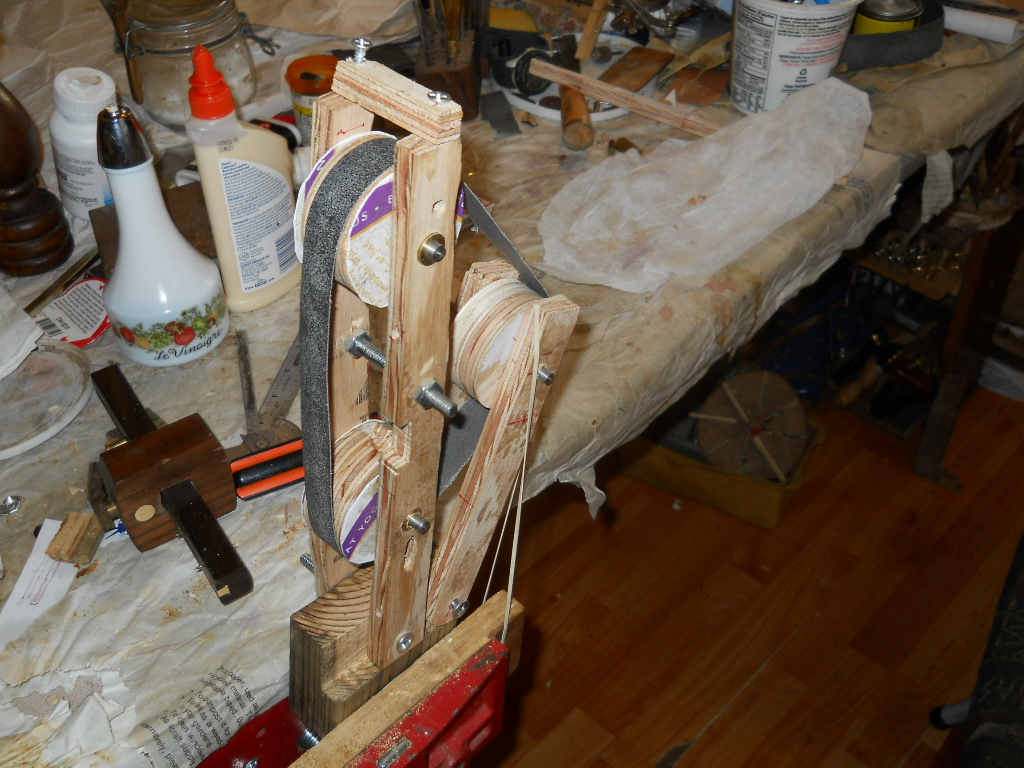 I started out by gluing up plywood and making two wheels, thinking I would use a screw-and slot adjustment of the tension. I did not think of bearings. I turned up the shafts on the Taig. Put them into holes in the wood. Used a cut-down belt sander belt for the linisher belt. This arrangement did not work. Too much friction. So Topsy began her growth. I soon found I had to add a third wheel for tensioning. And I had to add a rubber band for (insufficient) tension. Furthermore the belt would slip; so I added a rubber tire on the rightmost wheel above. Cut it from a old bicycle inner tube.

I also had to make proper bearings. The thing now runs on brass bearings, bronze would be better but this is unobtainium in Alaska. Had to make the bearings, too. Then I had to remake the stand (a piece of 2x4above ) because it was too narrow and pinched things. So we got to v0.1. 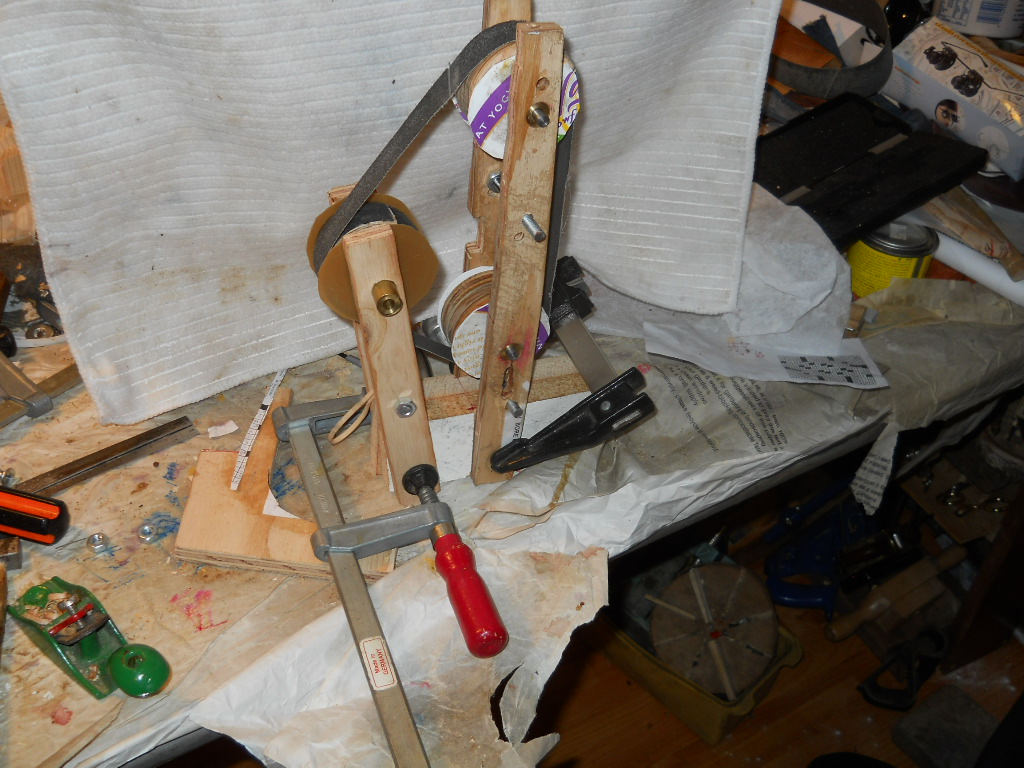 Although held together by clamps this is a much better proposition. I of course have got to replace the clamps! And I have to make a table for it. And... it keeps growing.

However, the trial run worked. 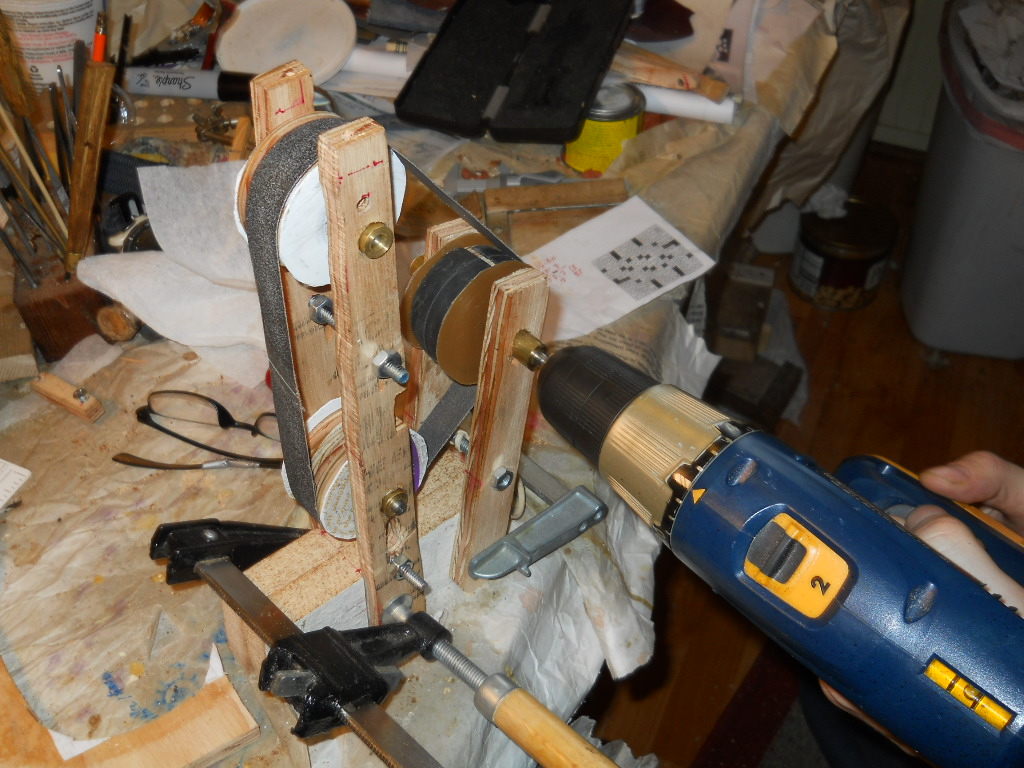 The contraption is being driven by the ubiquitous battery drill. It spins. Topsy, as I call her as of now, is getting there.

But today our fabled snow splitter collapsed. Flimsy nails mostly. So today was spent on salvage. And shoveling snow. Live and learn.

Next the table, and a way of holding motive power in place. She grows.