Creeping up on a new clock

First of all you should be aware that the wooden clock is alive and well. It is being finished at John's cabable hands. There are a whole bunch of fiddly parts that have to be finished.And there is still the pendulum, and the weight, and the pulleys. Lots of stuff to do. The backbreaking work is over, though. 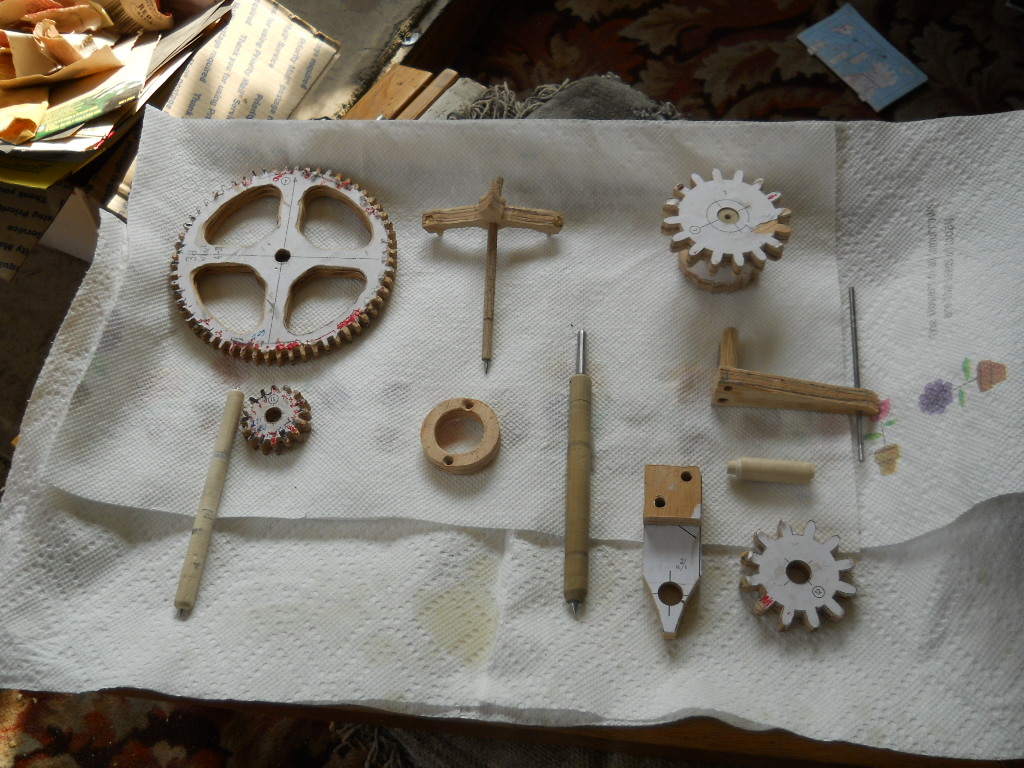 But until they are finished, I can't work on anything else. So, as I have said before, I am jump-starting my next clock. This is the Isaacs clock.

The real problem with making clocks is making the wheels, i.e. gears. The real problem with making wheels is the wheel cutters. So since my last post I have been obsessed with making cutters, I am following a page which I supplied before, so I will not bore you with the details. I will say that it has been quite difficult. Now you could order these cutters form Mssrs. P.P Thornton in the UK for a modest 40 UKP apiece. Gulp. No. I must make my own cutters.

The cutters in question are described in Dean's pages, which I linked before. THe trouble is actually cutting them. Of course, I am not using "1/8 tool steel" as Dean suggests, because this is Unobtanium in Alaska. So I am using an old lawnmower blade. Very tough stuff.  It resists even my carbide tools. Plus it is an interrupted cut. The lathe tool cuts only sometimes. Since it it made on an eccentric arbor, that is, the center of rotation does not coincide with the center of the tool, it is very difficult even with carbide tools, which is what I am using. I persevered. I learned. Next time I will use my newly acquired angle grinder to rough the thing out. These things are at the extreme limit of the Taig lathe.

In the meantime, I read, on a clockmaking forum, of the equipment of some fellow clockmackers. This included a gentleman with an 18" South Bend lathe. That's about 450 mm swing and would have breezed through the cuts that strained my 55 mm lathe. Wish I had an 18" South Bend. "I like to take big cuts," said the owner.

But eventually, about a week or so later, I wound up with a cutter blank. 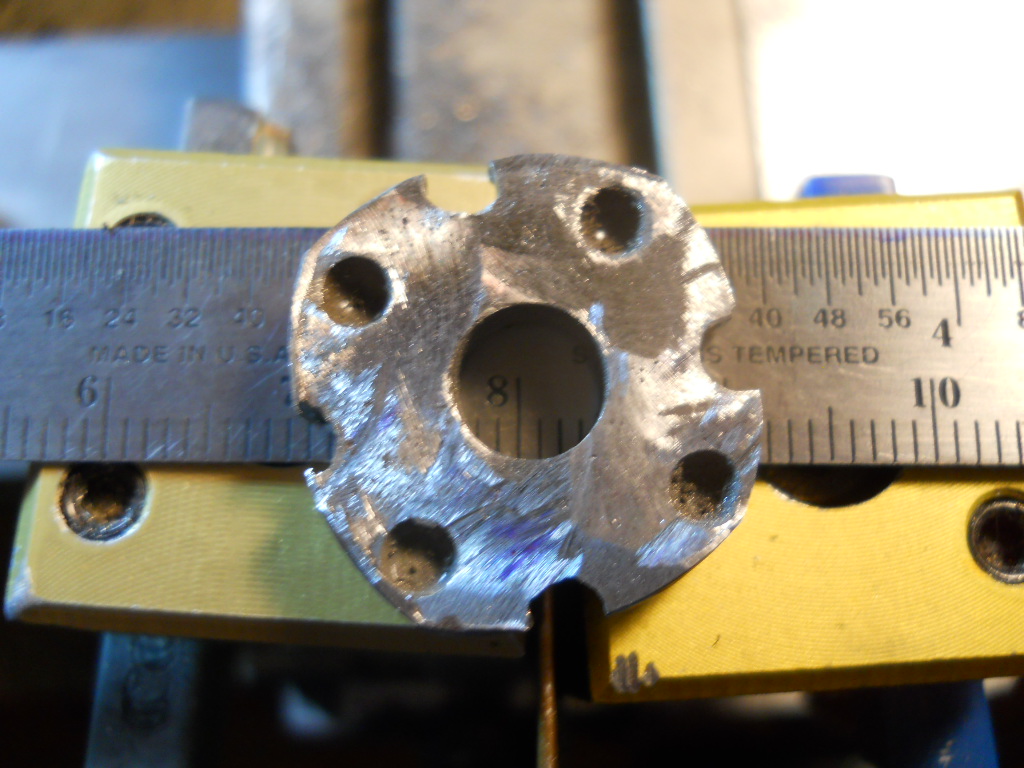 This image is a little confusing. There are four holes filled in with JB-weld. They don't count. The ones that do count are really half-holes. Notice the shape of this thing. It is a sort of a square with rounded sides. That is the effect of the eccentric arbor. The rounded sides provide relief.  See Dean's page, previously cited. It took forever to get to this point.

However, we got there. The next stage is to make a form tool to shape the cutter teeth.

This whole thing is unwinding the Industrial Revolution. You need A. But to make A you need to make B. But to make B, you need to make C... and so on.  Either that, or pay Mssrs. P. P Thornton Ltd. forty quid for one cutter. Ouch. I will make my own, and and a very interesting experience, too. A fine fate for a recycled lawnmower blade.
Posted by JRC at 9:38 PM
Labels: IsaacsClock, Wooden Clock