From a completely dry and overheated June, we have gone to a rainy and cold July. The weather is of course crazy under the best of circumstances, but this is unprecedented. The rain did not seem to hurt the garden outside. 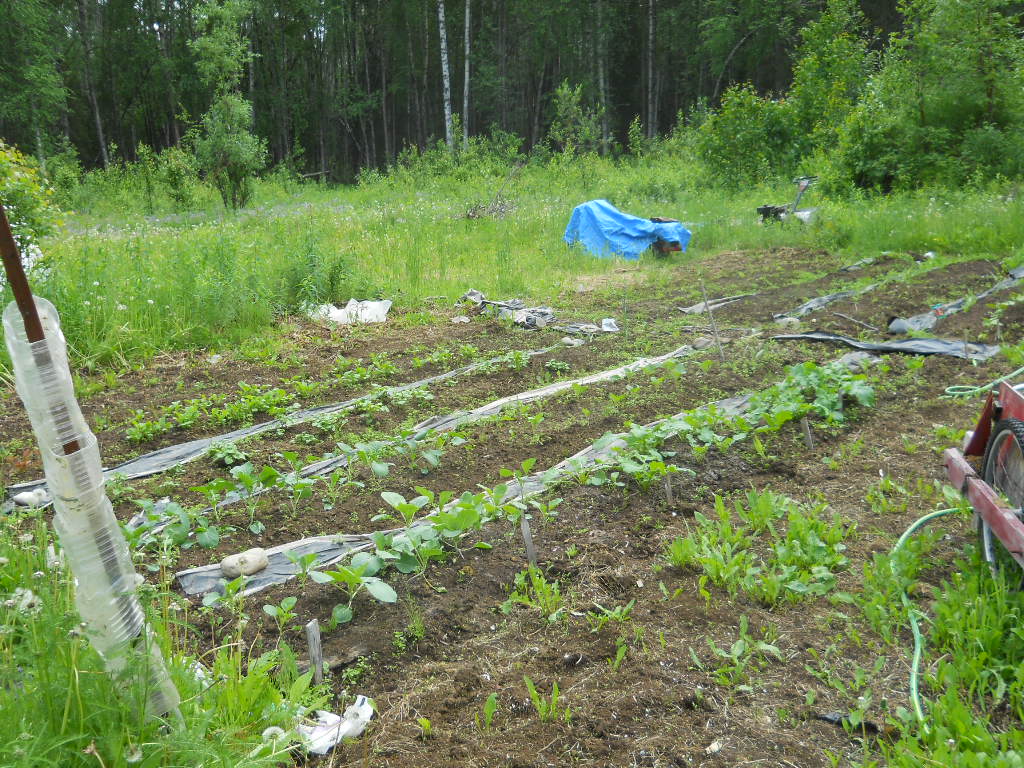 The outdoors garden is coming right along. The cabbages in particular, nearest to the camera, are doing very nicely. Cabbages do very well in this state; people routinely grow 40 Kg cabbages. I doubt that we will do so well! Of course, the monsters are freaks, grown entirely to win prizes at the state fair. That is not our objective. Meanwhile, a shot of the greenhouse. 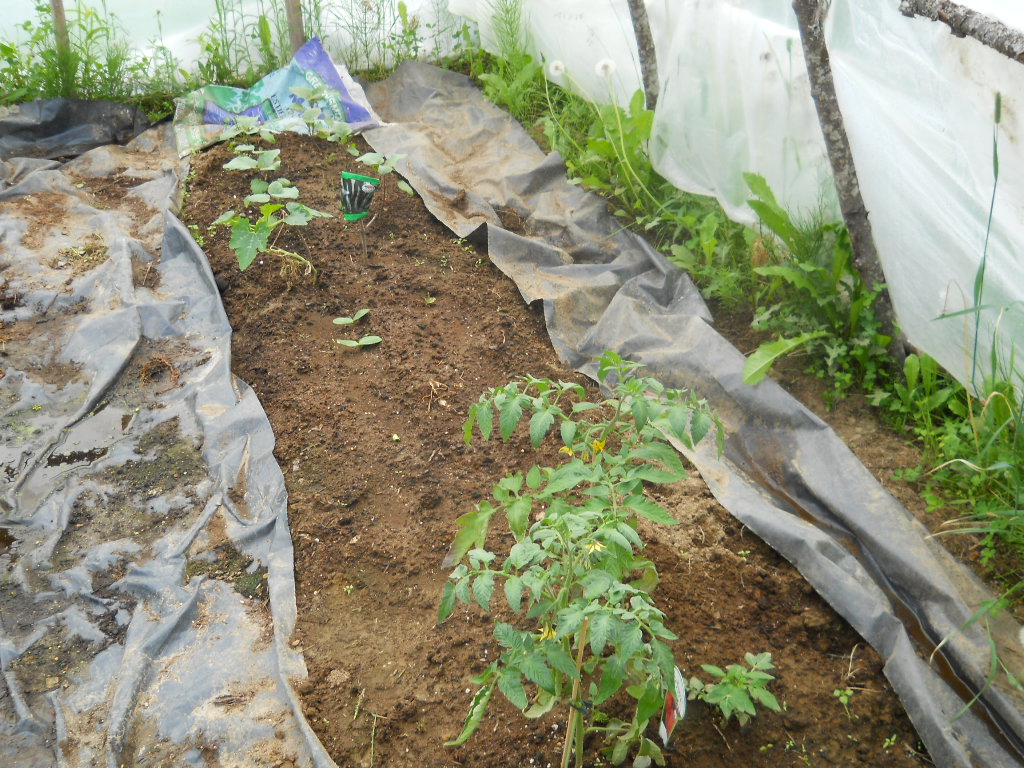 Foreground two tomatoes bought at the remnant sale at Fred's Grocery store, when things looked desperate in the heat. They are doing rather well. Background, one of this year's experiment, eggplant. It is not usually grown in Alaska, most certainly not outdoors. One zucchini that survived the heat wave is next, and some new (seeded) ones poking up. Desperation measure, to seed zucchs, but no alternative.

On the left of the picture you can find cucumbers, peppers, and some strange root vegetables that crept, unobserved, into my tomato plantings. Godzilla strikes again. Much work yet to be done, but at least we are up and running. It is race with time.  We are at least two weeks late, couldn't help that, so what comes out remains to be seen.