As I said in my last post, folklore has it that a bunch of (any flavor) CDs repel moose. Not wanting to lose any more of my garden, I went out and strung up some CDs on string all around the garden.I called it MAWS (Moose Alert and Warn-off System) in the best acronym-insanity fashion. 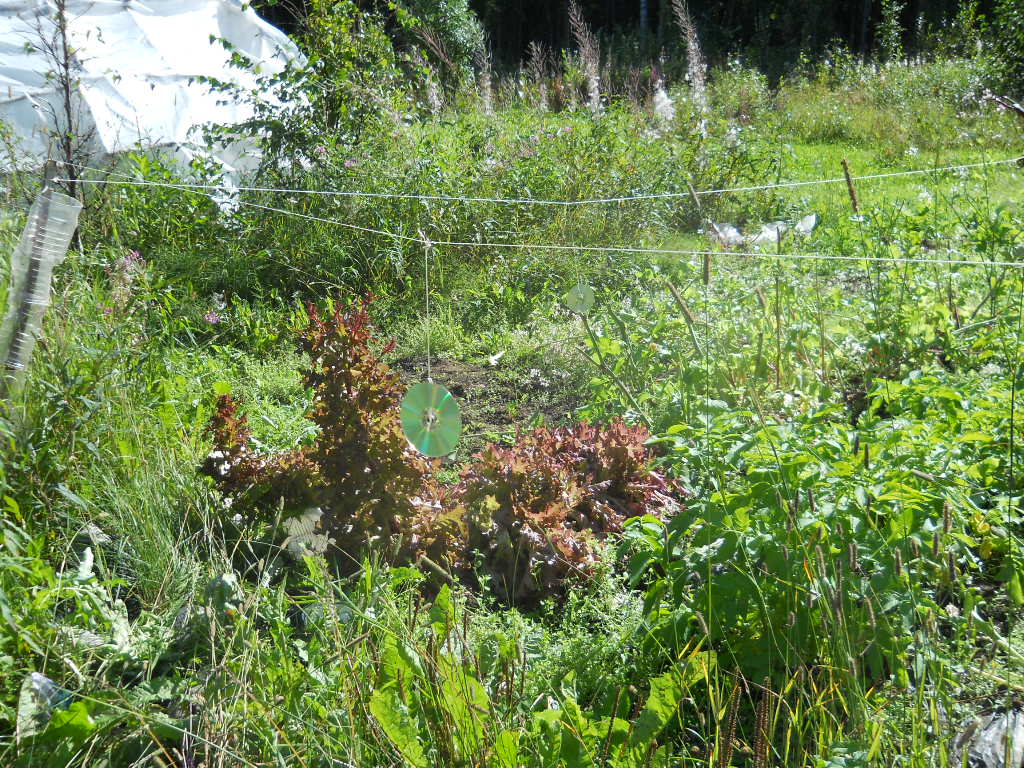 I only had so many spare CDs. I do not use these contraptions very often. I must say, if the wind is blowing they certainly sparkle.  I put up all I had. Would it repel moose? Often there is some truth in folklore. But not this time. When I went out next morning, all my cabbage had been cleared out. I was devastated. Mooseburger looks better all the time. So, folklore. CDs may repel moose when the wind is blowing. Not enough experimental data to confirm. But it is certainly dubious at best. Next year, a real fence, with big heavy logs, to keep out the moose. There are some consolations, however. 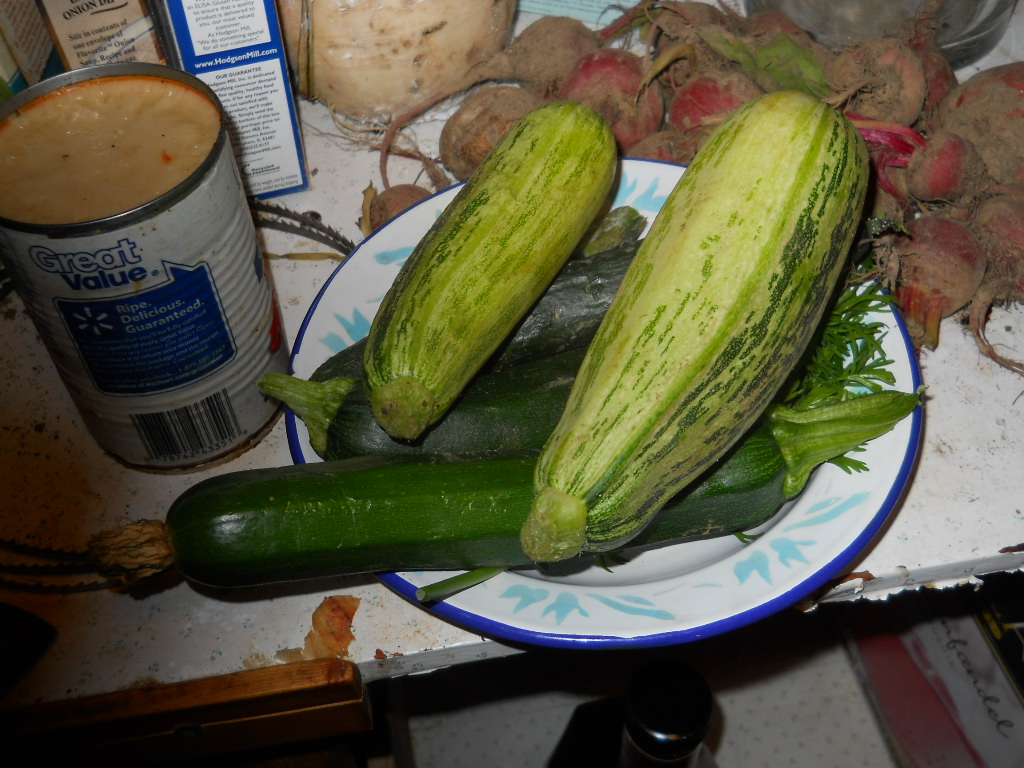 From the garden, summer squash. Below, zucchini and Japanese cucumber from the greenhouse. The Japanese cucumber is a winner. Will plant again next time. And we have parsley, Cilantro, and even some very small green beans in the garden. One chard is left. It was a happenstance, there must have been one seed stuck in the Earthways seeder when I planted it. Considering  how late it the squash was planted, I consider squash  a major miracle.

Meanwhile in the greenhouse I actually have some fair-size peppers. I am impressed. The moose will at least not venture there.
Posted by JRC at 9:43 PM
Labels: agriculture, MAWS, Moose