Now you all know what chain mail is. You have seen hundreds of movies and TV stuff, assuming you watch TV,  of various mideval or even renaissance shows, all featuring chain mail. But until very recently I had not really given it any thought.  It is all Fluffy's fault. She became enamored of Thor. We all know that Thor is a Nordic godlike figure, currently on his way to becoming a cult. . Coincidentally I had been reading, for the fifth time at least, S. M. Stirling's "Change" novels. Here evil aliens or possibly super-powers destroy the world. Electricity and gunpowder do not work. Hey, fantasy. But the survivors (they are few) have to learn how to make chain mail -- we are back to the middle ages or worse. So how do you make chain mail, anyway? I got curious. I was hooked.

There is an enormous amount of stuff on YouTube and the internet  in general on the subject. It is an active subject to say the least. For this reason I will not bore you with details. But it is a skill like any other; takes some time to acquire. Now chain mail is all about rings, right? So my first try involved making some rings. Now the YouTube and other stuff suggests that you make your stuff out of 13mm (1/2 " RGU)  wide links. So I happened to have a such an animal in my scrap repertoire. I also had a  bunch of salvaged copper wire. So I followed the YouTube directions. I did not use the jigs they recommend, nor will I. 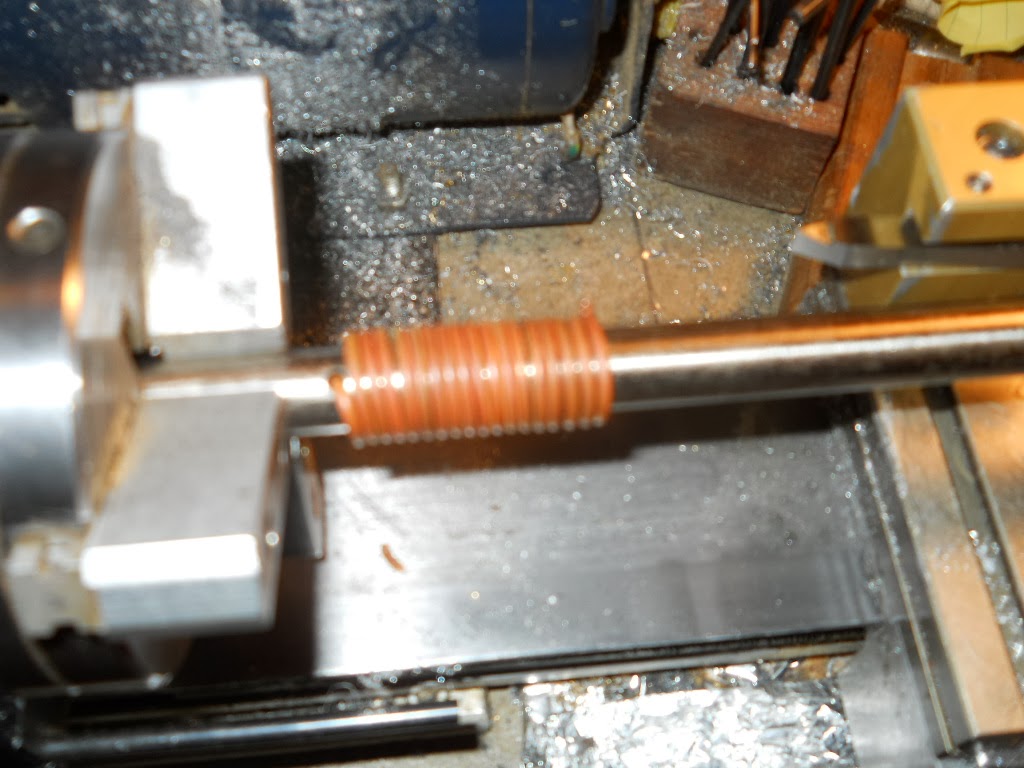 Instead I chucked my 13 mm rod in the lathe. I disconnected the belt, because I am afraid of taking an eye out by powering it. I wound a bunch of 12 gauge wire (salvaged, of course) onto it. The rod is called a mandrel, by the way.

Next, the thing is cut into rings , for which you really need bolt cutters. Available at any Home Depot or Lowe's. Next thing to do is to assemble the rings intto mail  I am using a four-on-one pattern. You will find very clear directions on the 'net. The only thing I will add to that is that it is a lot like weaving. One mistake in a weave and you ruin the whole thing! It took me a couple of weeks to get the hang of it  But at the end I had quite a creditable section of chain mail. In copper (salvaged) wire, of course. This is Thor's armband, and it will eventually be a circle, because Thor, of course, has scale mail. As the Romans called it, she wears a Lorica squamata. (Tunic of scale mail). But the ends of her Lorica can be chain mail. 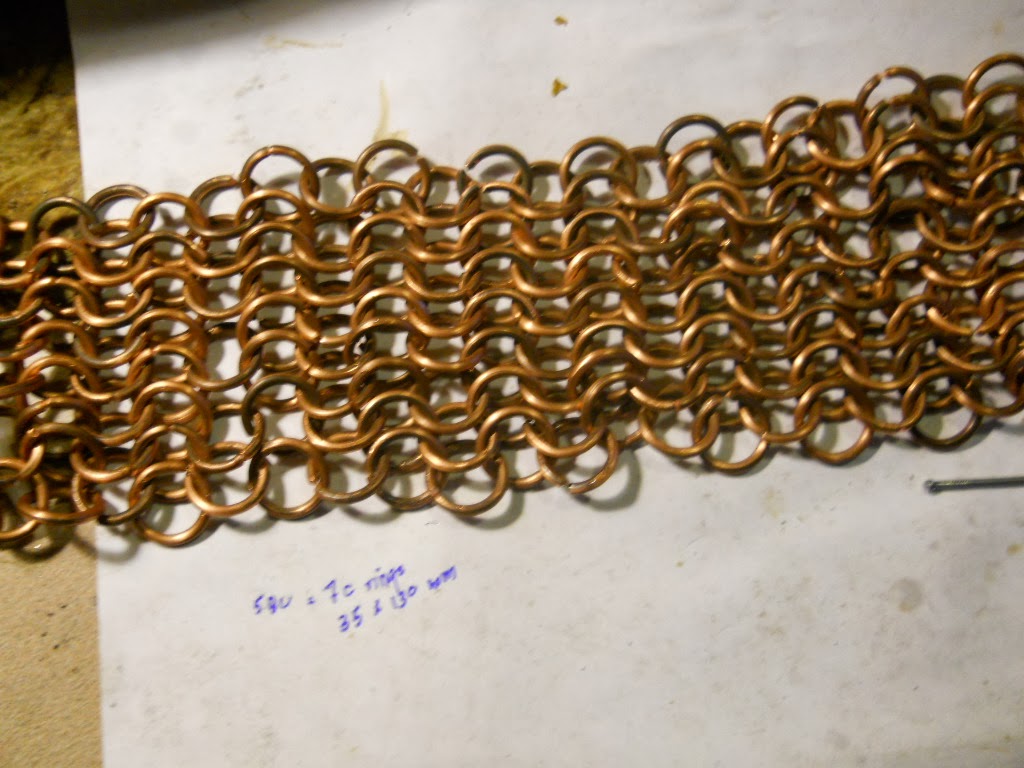 The tooling is really minimal. You need a couple of pliers for the stuff shown here. That's it. And, of course, bolt cutters and a mandrel of course. The YouTube videos show people making mail out of 14 Gauge fence wire. But I can already tell you this: if you make a complete hauberk out of steel wire you are entitled to charge $1000 (in today's devalued dollar) for it. It is reallly grunt work.

To say more would give my whole Christmas gig away. Sorry. You are all geting chain mail stuff, but not  Fluffy. I just exhibited your mail. You get something else.
Posted by JRC at 9:58 PM
Labels: ChainMail