Yesterday I went skiing, as I do every day the snow is decent. It has been a very bad winter for skiing and I take every opportunity I can to do so. I start out with my "warmup track" around the house. When I started on my second lap around the track, I heard this noise. It sounded something like "snap, crackle, pop" and it was coming from the tractor, or so I thought. A close examination of said machine revealed nothing. What's this? I skied a few more meters and behold! A large moose hiding behind the tractor, chowing down on alder or birch. Well, he wasn't bothering me, so I didn't bother him either. You are well advised not to intefere with moose. They may be (and are) placid creatures, but if they are feeling threatened they can trample you to death.

So later John and Fluffy returned from a Safari to Wasilla, and reported that the moose was napping behind the tractor. Nap? Nap? Napoleon, said I. That's his name. I think it's a he; if it were a lady it would probably have offspring. OK, put moose out of mind. 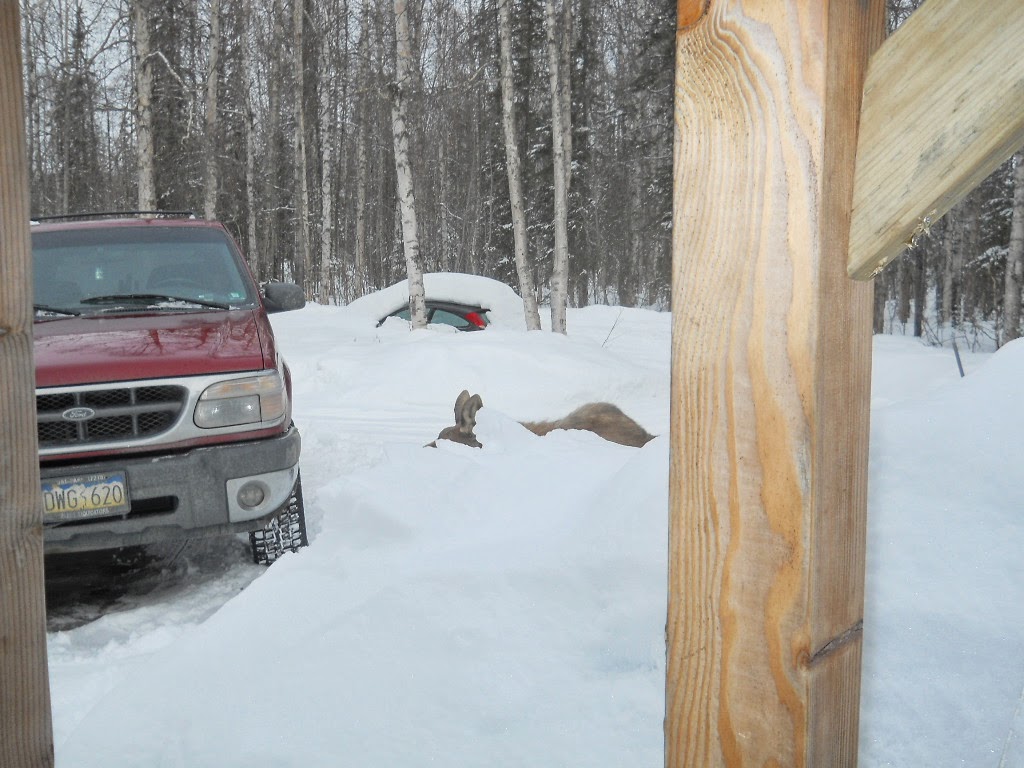 What is this? Looks like a moose to me. Awfully close to the house, too. After some effort we got closer and found a moose chewing its cud. Moose, in case you did not know, are ruminants. 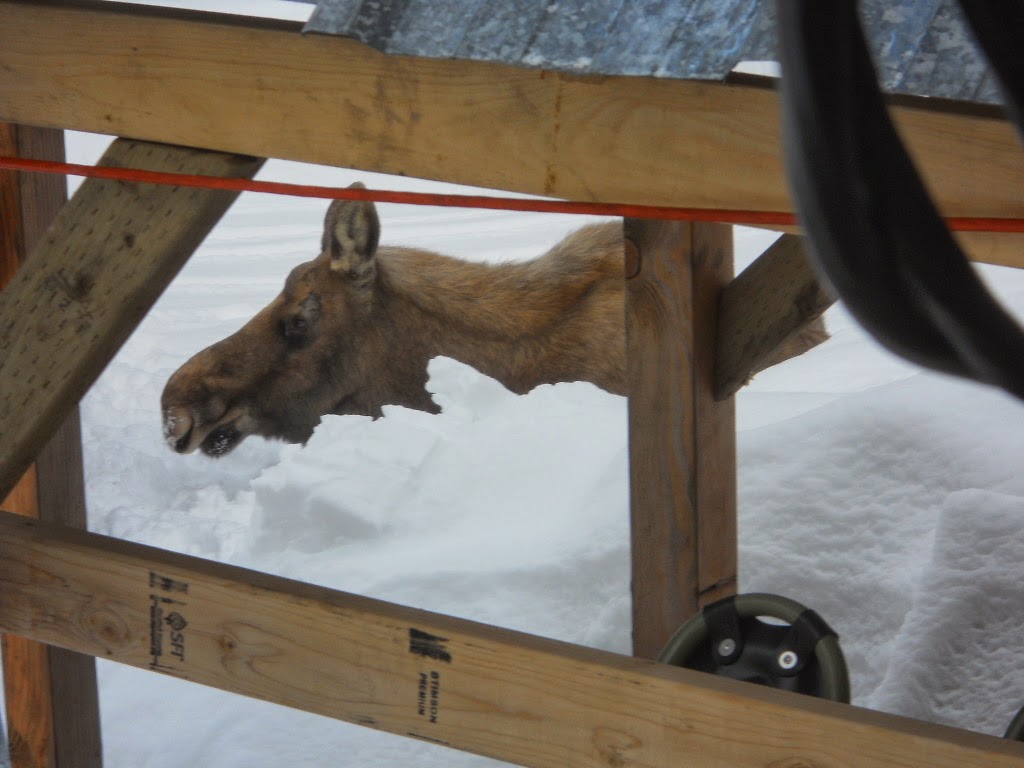 At this point Napoleon started making distressed noises. Far be it from me to distress Napoleon. I backed off.

Furthermore the beast had been licking  Brutus. John accuses Napoleon. He says  he is having an illicit affair with Brutus. I think, however, that it is a salt infatuation. Moose love salt. Maybe I should put out a salt block. Can't put out hay. Moose cannot digest hay.

Anyway, I went to the bathroom window and got the following priceless shot: 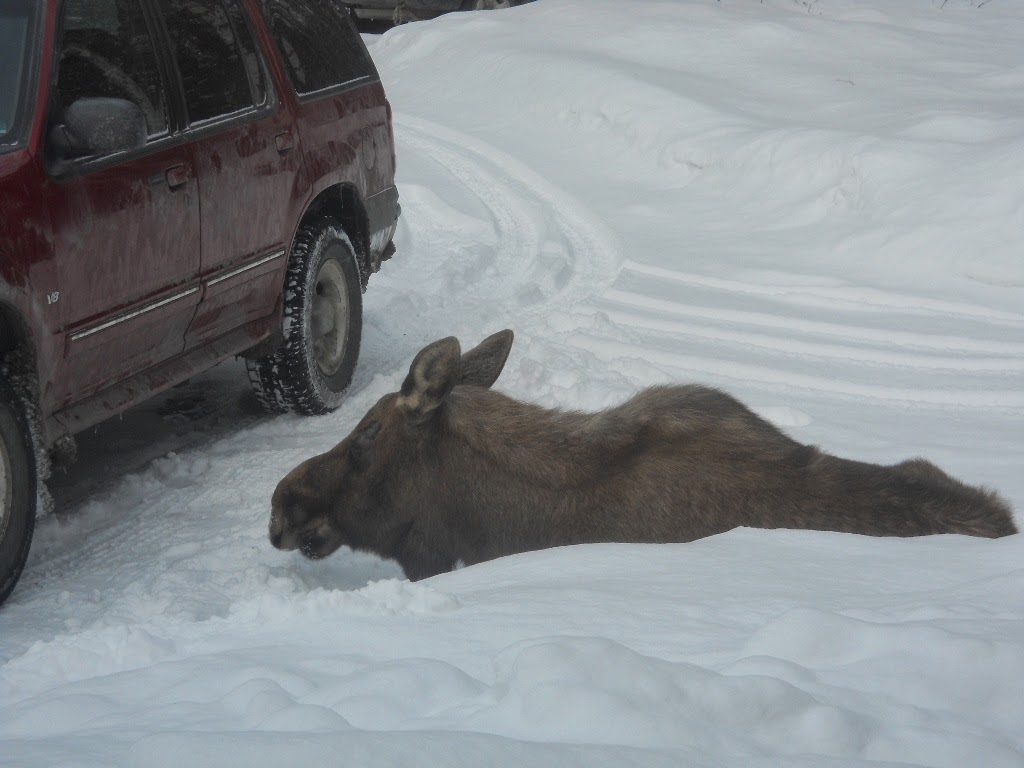 When I went skiing today, Napoleon  was ensconced behind Lysander, my tractor. When I went by, he was sort of ruffled so I went elsewhere. When inspected at 6PM tonight, by John, he was at the extreme end of the driveway eating up the twigs. Amazing creatures. And Brutus definitely needs a bath. Not every Ford Exporer can boast that it has been licked by a moose.
Posted by JRC at 8:46 PM
Labels: Moose