In our last episode we had gotten rid of the plastic stuff. Now it is time to do something more substantial.The first thing to do is to bolt a piece of steel onto the angle iron. You have seen another view of this before. There is a plastic spacer between the gear and the shaft. Now we have to make an upright to support the worm gear. There it is at the bottom of the picture.. 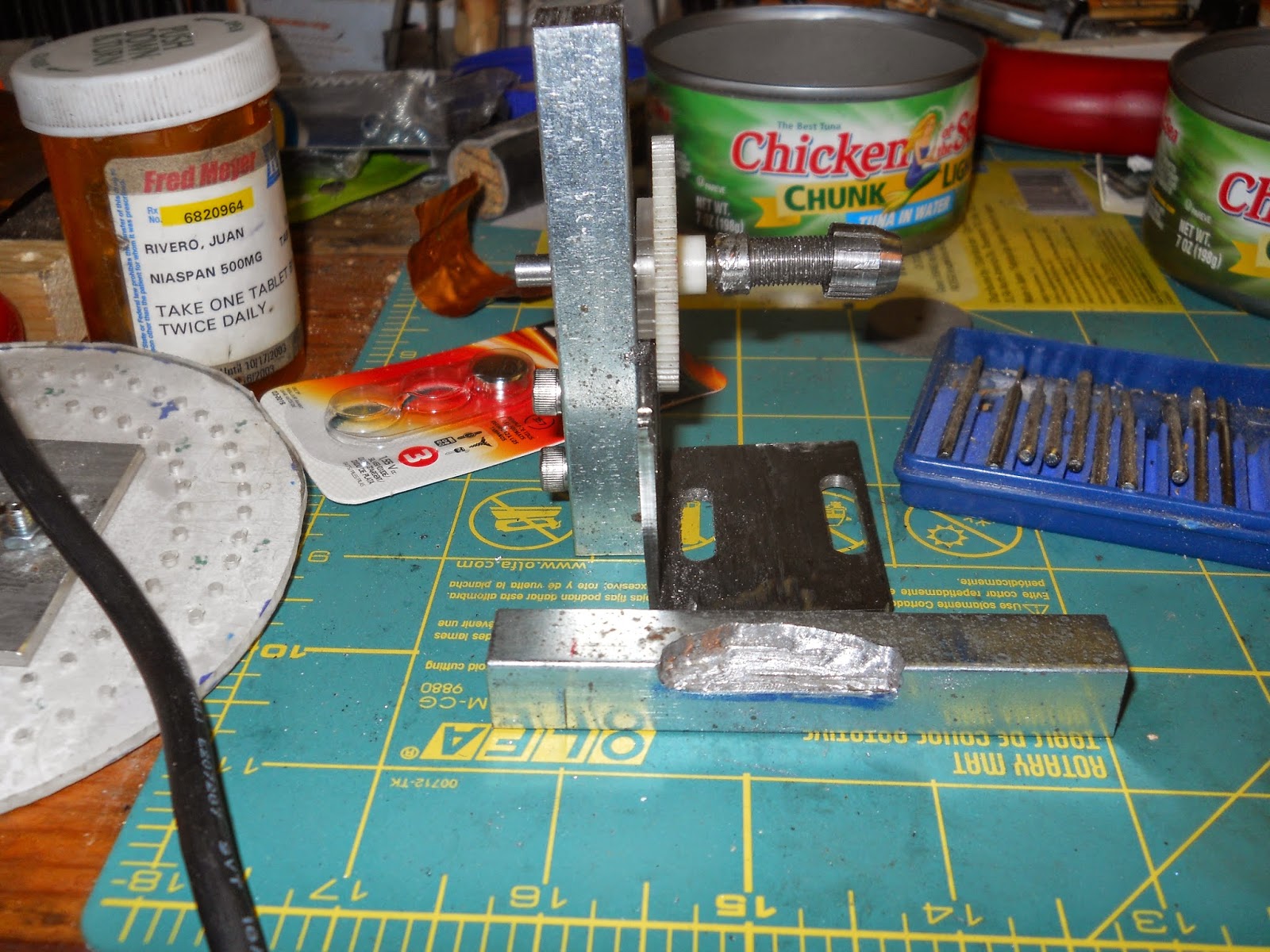 But wait. The gear will not clear the shaft. So we have to mill out a 4mm pocket for the shaft. In steel and with a tiny mill (Cecil) this is an ordeal -- the biggest end mill is 3 mm and the pocket is maybe 30 mm. wide at the bottom. But the shape does not matter in the least, and there is less milling if you make it approximately circular. So there it is cut out. Now we have to attach it to the angle iron.

So to do this I had to drill and tap two holes in the angle iron. Thing about small stuff like this is that it vibrates like a reed, and bends over with drill pressure. So you have to support it. I used one of my micromachinist's jacks. 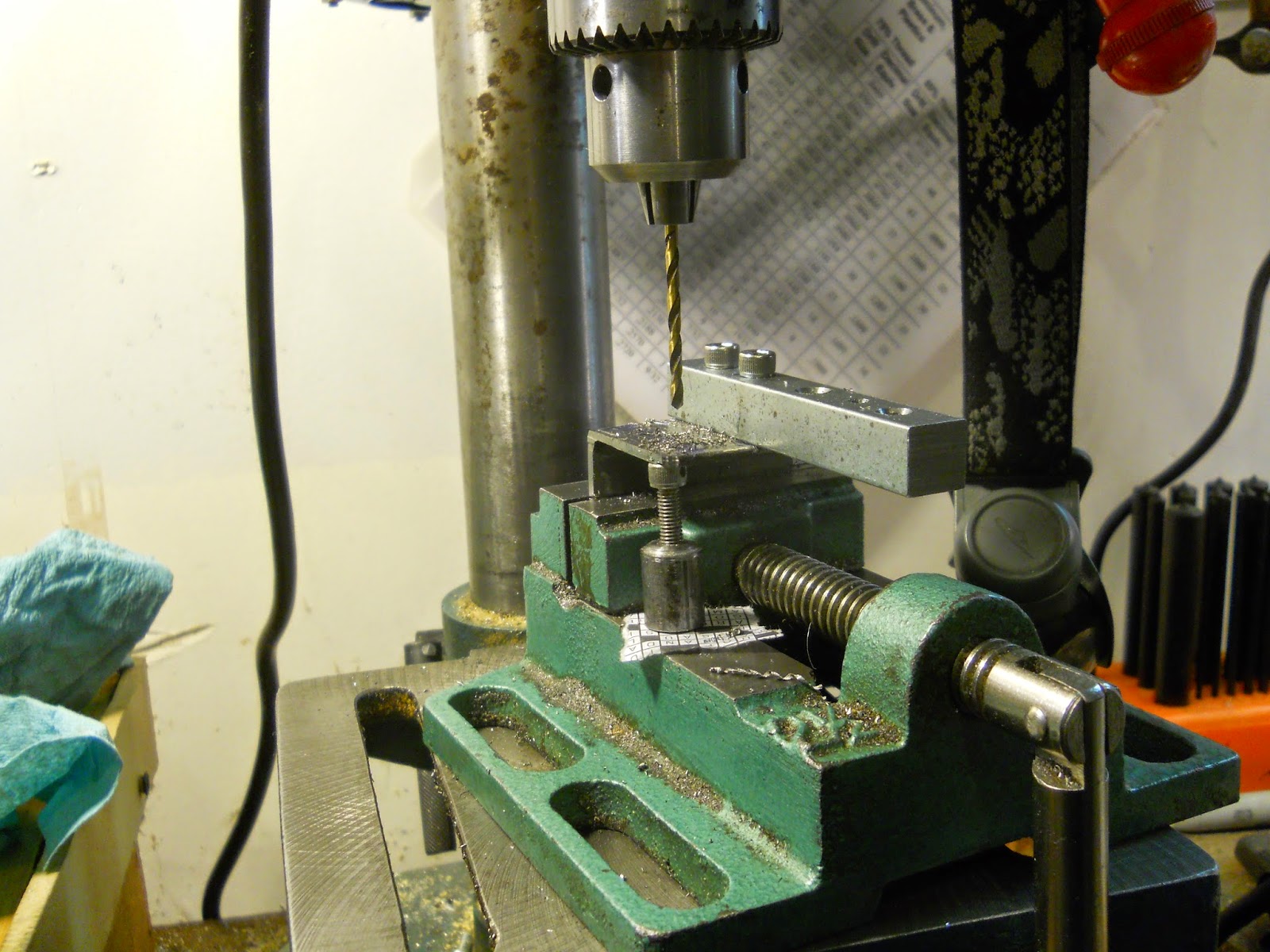 I made these machinist's jacks some time ago. I have two of them, and they are indispensable. A useful project for an apprentice. The paper underneath keeps the jack from slipping. Once you have the holes drilled, tapping is simple. Now we spot in the holes for bolts and screw in the worm support shaft. Voila (or is that voici?): 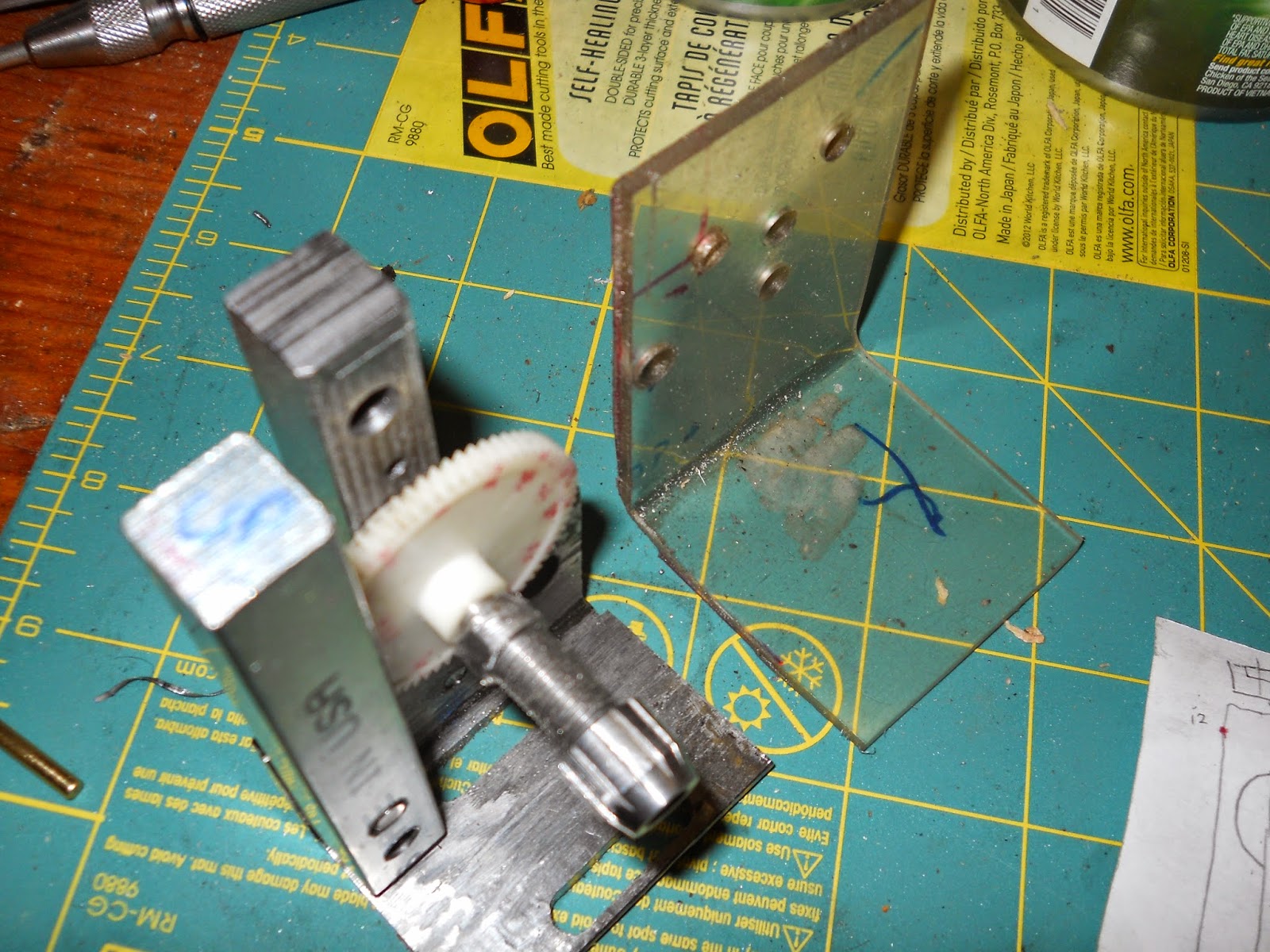 Now I have to drill a hole at an angle for the worm shaft. The angle has to be quite exact. Too shallow, the worm will miss the gear. Too deep, it will jam. So I am thinking about this one now. Yes, I know. If I had designed it in CAD all would be easy. But just as in music, some people can only play by the notes and others can improvise. Just look at Johann Sebastian Bach. In his day, he was famed as an improviser, and people came from afar to hear him play. Nowadays, everyone plays him by the notes. I think there is a moral there. I am slowly learning CAD, but after decades doing software, I am enjoying improvisation. And there is only one critical thing in the whole project: worm and gear. That is already done for me by the kind CNC people who designed the printer or whatever gadget I salvaged it from.
Posted by JRC at 9:11 PM
Labels: DividingHed