It snows in Alaska

One of the more surprising facts of Alaska is that it does not snow that much. Not here, anyway. If I lived in Cordova that might be false, but no. I am in Willow. We had 12 cm of snow on the official snow pole. But last night in came down. I awoke this morning to find 29 cm on the OSP. That stands for Official Snow Pole. It is a broken ski pole. To this, via epoxy,  I affixed a large nail that allows me to sink it in the ground. I have marked it in 10 cm intervals. So, the OSP reports 29 cm. I record its readings daily. Usually zero this time of year. So 12 to 29 is some 17 cm of snow. Convert it yourself; I refuse to deal with King Henry's thumb width units.


Anyway time to clea the driveway.  John and Fluffy went out and played in the snow. Fluffy threatened to throw snowballs at John. John, armed with mechanical contrivances, had the upper hand, for all he had to do was turn the chute of Horatio the snowblower in her direction and she would be deluged. But Fluffy is brave. She handled the snowblower like a pro. 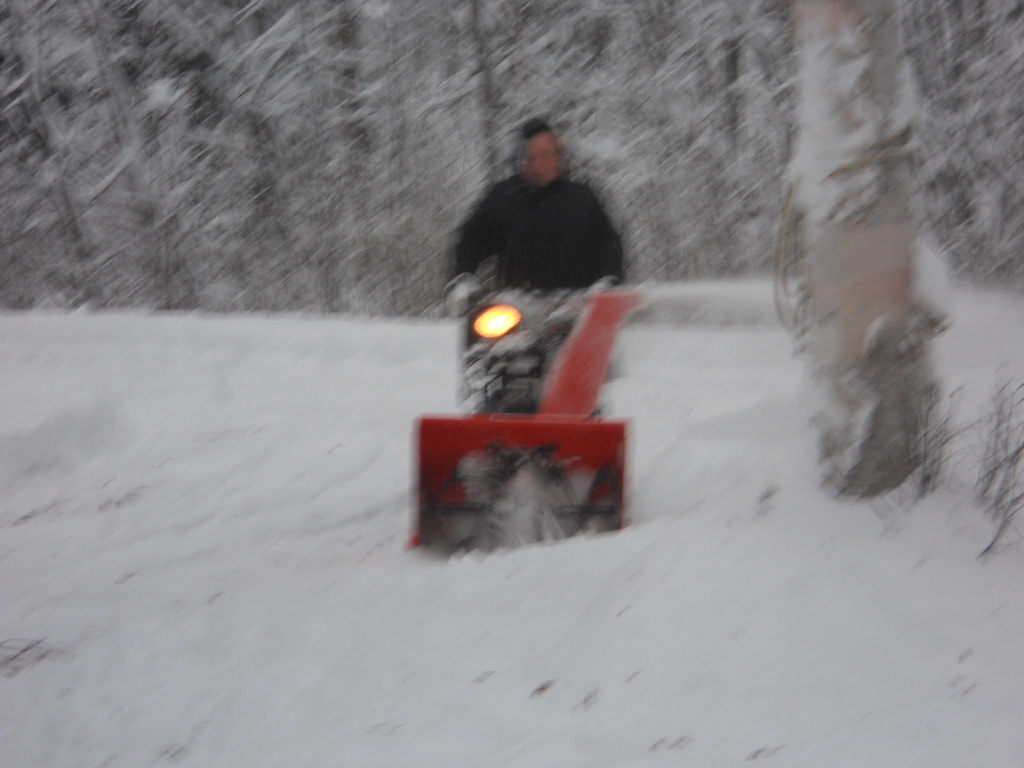 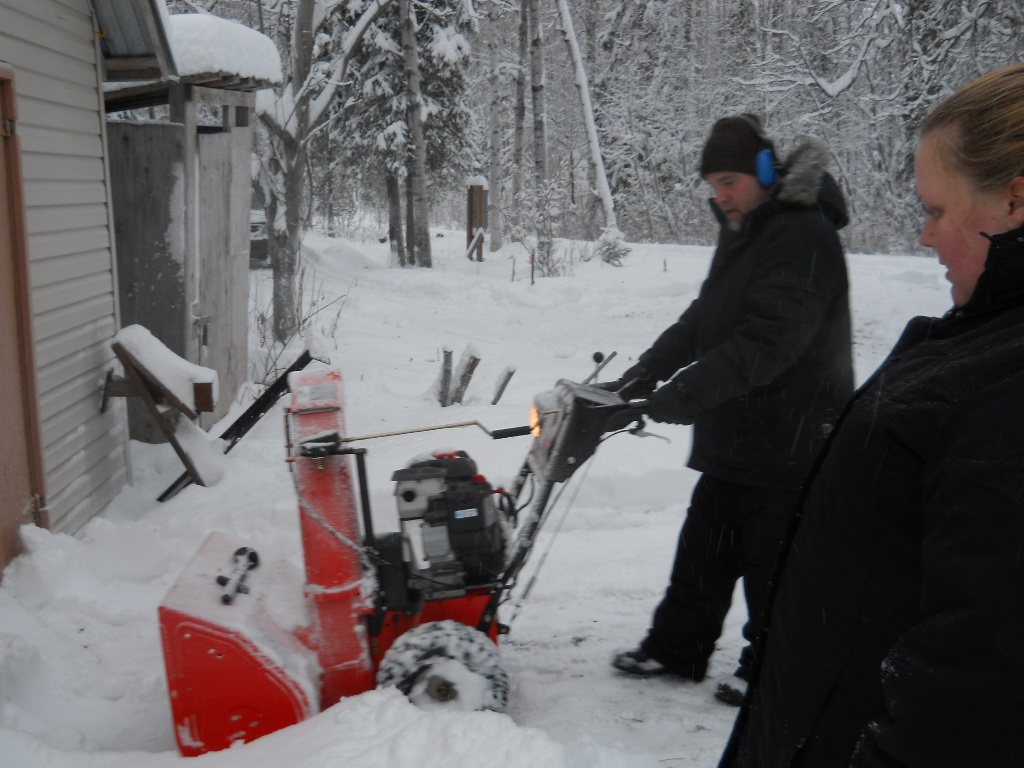 He plowed a trail around the house, most useful. I pleaded flu, but at least I went out for moral support and very glad I didn't have to do it myself.

Chalupy is now accessible. Very important in winter. More snow in the offing. We will deal with it.

Incidentally all the snowblower's problems were solved with a new sparkplug. Moral, from lawnmowers on up: change your sparkplug once a year at least.