In case you arewonderig about the title of this post, there is an old German folk song which begins like this:

Muss I denn, muss I denn/ in Staetle hinaus.... 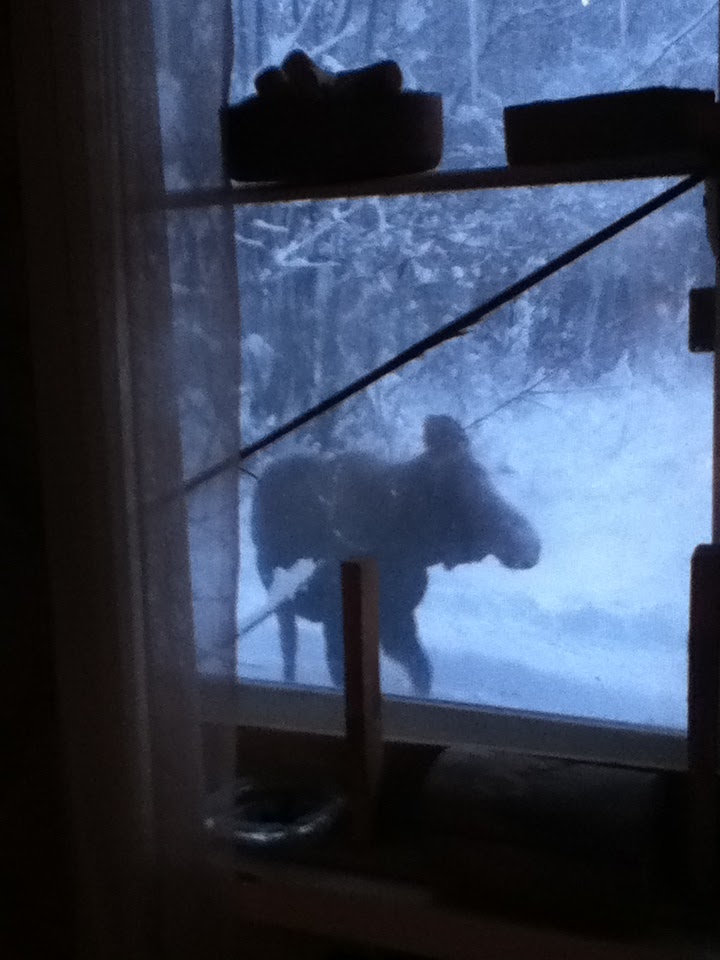 This is old German and dialect at that. But it sort of sounds like moose. And it is time for the obligatory moose picture. Before Christmas I espied a branch moving to and fro. No wind. Said I, "either Sir Isaac Newton was full of garbage or there is a moose in the yard. Happily for physics, it turned out to be the latter. The culprit was a youngish moose. Not two meters from the window. Close! Thanks to John for the photo.

It is very nice to have moose in the yard. Gentle giants. This one is quite young. Recently cast off by mommy and left to his (her?) own devices.

Happy New Year! You too, mooses.
Posted by JRC at 8:41 PM
Labels: Moose