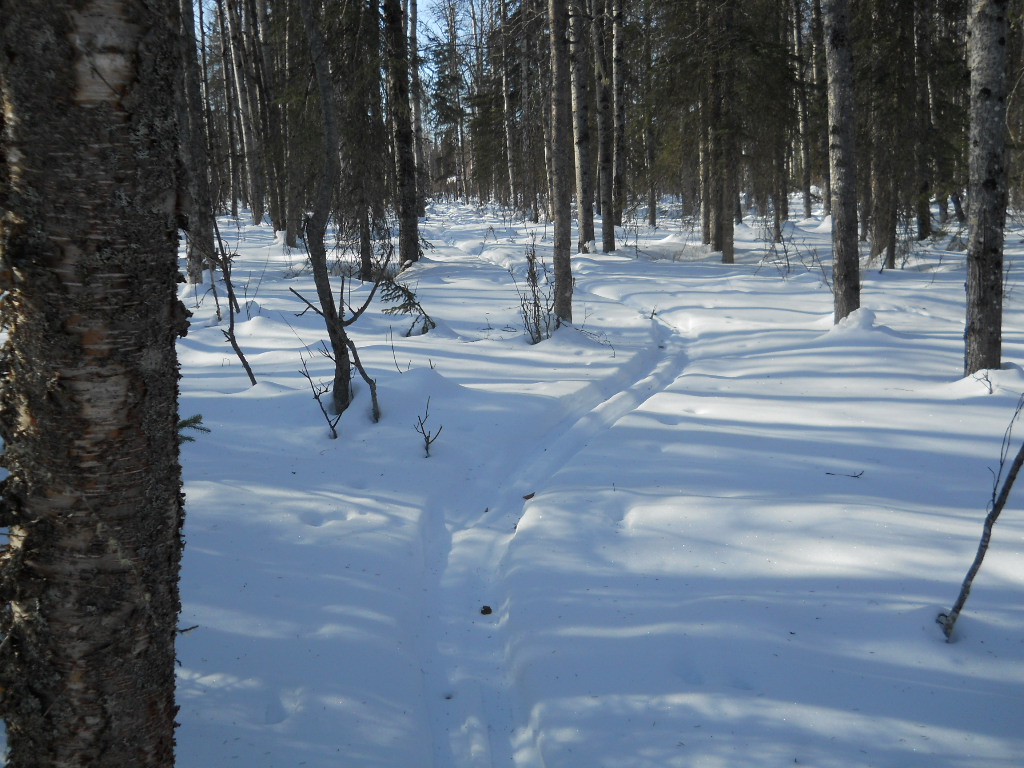 One of the greatest pleasures of the Alaska winter is skiing. I go out nearly every day. The weather has been clear, which means cold. Day breaks at -20C, but by noon it is above freezing, so out I go then. The snow has been beautiful. Long glides! Love it. I have beaten out a loop in the woods. Note the conspicous absence of straight lines. There are no straight lines in the woods. Too many things in the way. Deadfalls. Brush, early in the winter. You detour. The trail gets beaten out early in winter, after that I just follow it. So the loop never takes the same course each year. Also I have a tendency to turn left too much! Must have something with being left-handed. Furthermore there are no "landmarks" in the woods. When the sun is out you have a built-in compass, but sometimes the sun is shy. I could of course carry a compass with me; in fact my watch has one built-in. But then I'd have to take off my glove. A pain. So my trails will break a snake's back. There are no snakes in Alaska; we do have bears to make up for it.

It takes me about 45 minutes to complete the loop. First I warm up on my backyard oval. Then I do the loop. Takes about an hour. Great exercise. If my hands do not freeze. But a dear friend gave me some marvellous gloves, made in Norway by Swix, sold by L.L. Bean, a byword in Alaska. My hands have never been so warm. Thank you, Kathy. 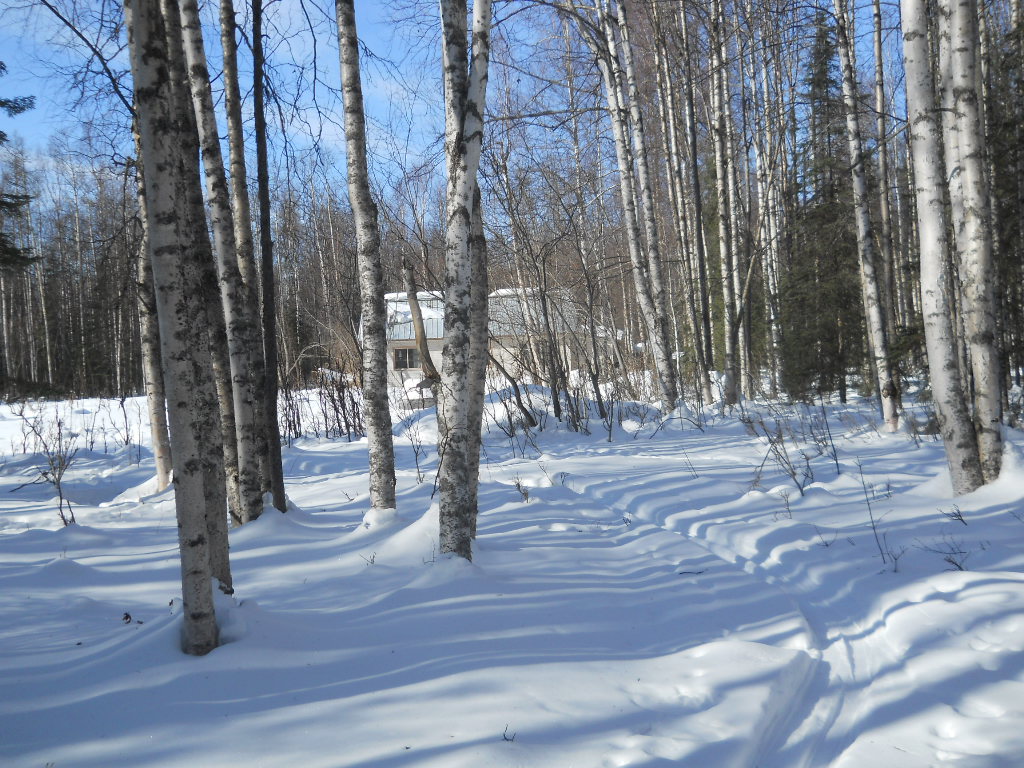 After we have done the loop, the house is in sight and the track is clear. Oh happiness! We have worked out, we will soon be inside, and will get back to clockmaking. I bet you were glad to get a respite from clockmaking, too.

And now for a coda. Composed by Alaska Weather Enterprises. Performed by the Alaska Weather Machine. Yesterday was as clear as the photos above. This morning when I got up it was snowing. My official snowpole says +10 cm. as of 1400 local time. Of course, what the snowpole says bears no relation to what it may be elsewhere; John says there was all of 30 cm (a foot) of snow in the driveway;  He plowed the thing.  Now I realize that by some standards this ain't much. Thing about the Alaska snow is that it stays put, and this distinguishes it from, say, Syracuse NY where it can put down a meter in 24 hours. But it does not last. Ours does. All winter, in fact. Hmm. Today is the equinox, isn't it? Start of spring. Couldn't prove it by me. But if you don't like snow, you should not live in Alaska!  If you do, cross-country skiing is your friend.

There is a place called Cordova, AK. Gets four or more meters a year, and it never goes away. They have real problems. I consider my problems minor compared to theirs.