The jig is up

My picture frame did not fit really nicely. It had its gaps. Now, I am used to furniture. If furniture does not fit well I tweak it a little. With picture frames it is another thing completely. As I said, when I laid this thing out I had very primitive tools.  But when I was a lowly Officer Candidate in the U.S. Air Force there were three possible answers to any question: yes sir, no sir, no excuse sir!  In this case the correct answer is the third -- no excuse, sir. The frame did not fit.

Fortunately it came to me that I was neglecting a VIT (very important tool), namely the miter gauge (Britons read mitre gauge) that came with the bandsaw. This is just a very large protractor. 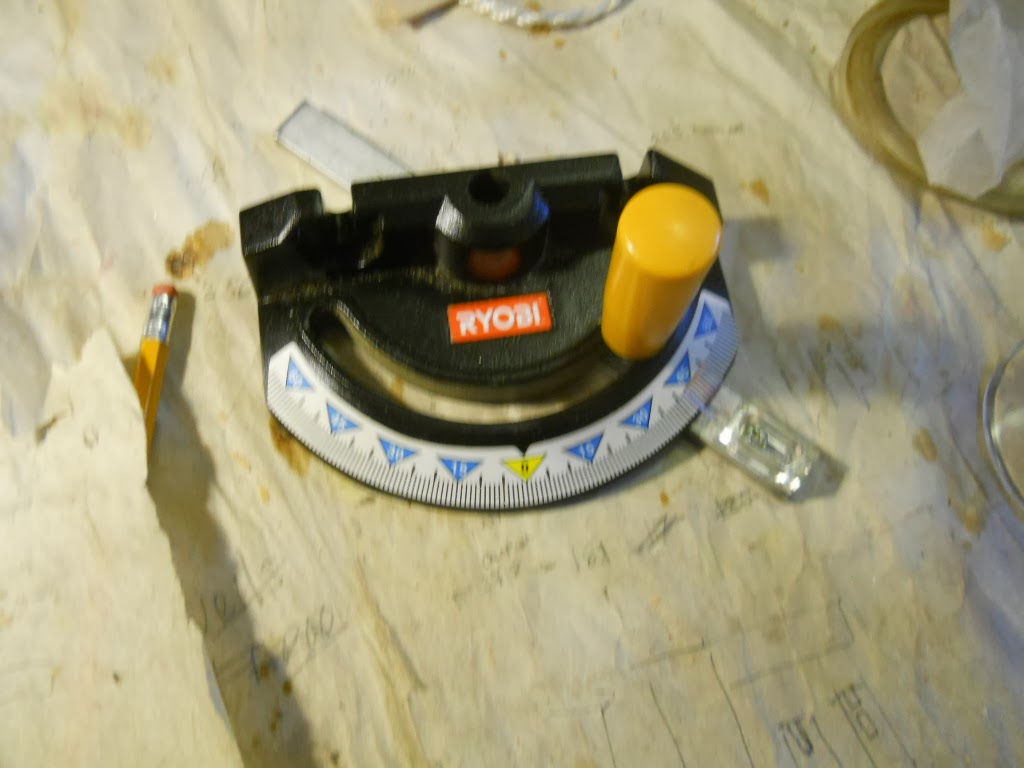 Beacuse it is so large, it is much more accurate than most store-bought protractors. I have a reasonably accurate shop protractor and I used that to lay out my shooting jig. But inexplicably the left side was off. By at least two degrees. When you are doing picture frames two degrees is suicide; it will never line up.  The right side was perfect; again inexplicably. There was nothing for it but to rebuild the jig. So I got a fresh piece of wood. Now I hate power tools, but I used the bandsaw (and its miter gauge) to get it right. No use introducing extra errors of hand wobble at this point.

Here is the new jig in action: 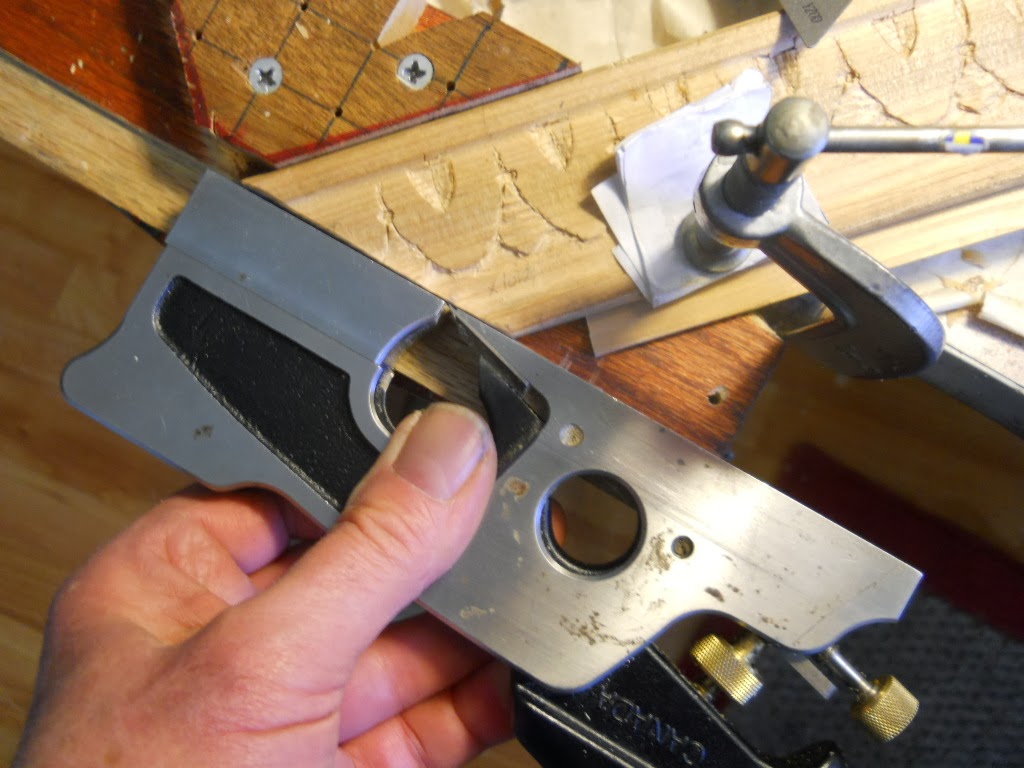 Ah, but there is more. All the lengths, inside and outside, must match. Elementary, my Dear Watson (which Sherlock Holmes never said. He said "elementary" any number of times; he said "my dear Watson" even more. Never did he put the two together). So we have a lot of fiddling (because it wasn't cut right in the first place)  to do and it is sometimes frustrating.  The shooting jig has no fine adjustment. I am enough  of a machinist to resent this! Version 2.0 will overcome all these faults. Darned if I know how yet.

But on to successes. The carving process left gouge marks all over the place. So I ground up a form tool out of a piece of old hacksaw blade. I collect old hacksaw blades for just such a purpose. I made  a paper template, ground the thing on a Dremel tool, and adjusted as I went along. 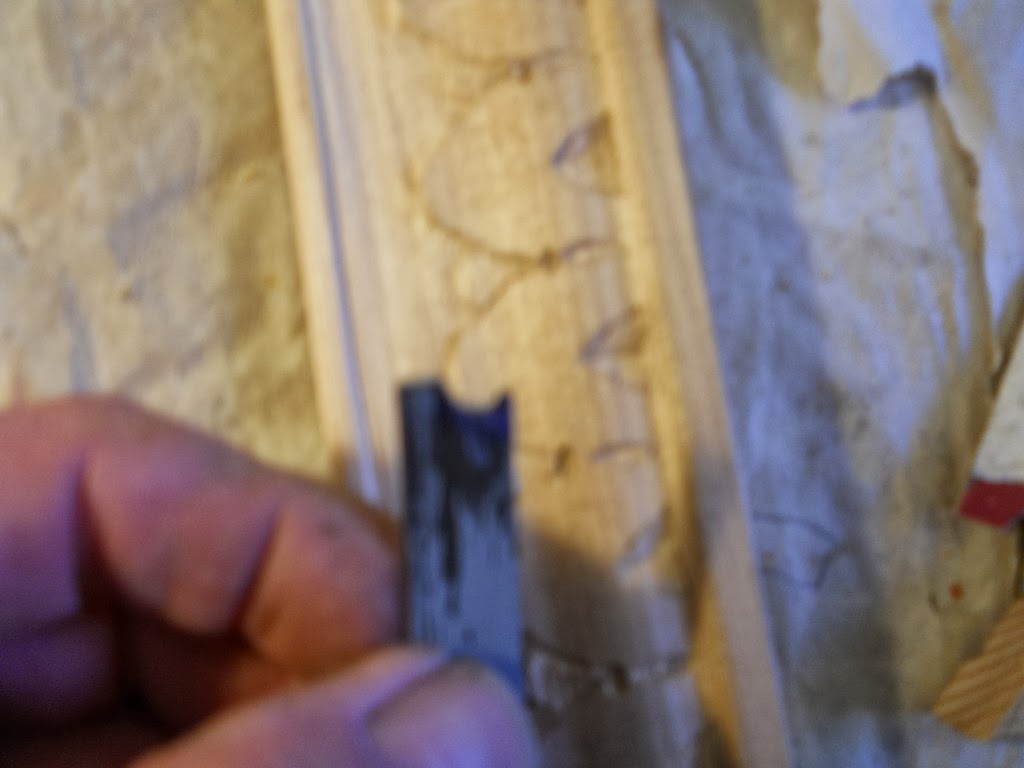 The left end of the tool rides on the straight edge of the molding. The tool shapes the molding. I use it by hand, although I could cobble up a scratch stock (q.g) to do it. By a remarkable piece of serendipity the other end of the tool, a conventional factory rounded edge, is just right to smooth out the middle. So we make progress. Very slowly, to be sure.
Posted by JRC at 8:46 PM
Labels: picture frames.