In the last post we saw the dividing head in its proto form. As near as I could reconstruct it, that is. But it is very flimsy, even though I intend to use it to cut clock wheels (gears) in plastic. So it is time for an upgrade to stiffer stuff.

The first step was to substitute the flimsy plastic for something a little more solid, like angle iron. 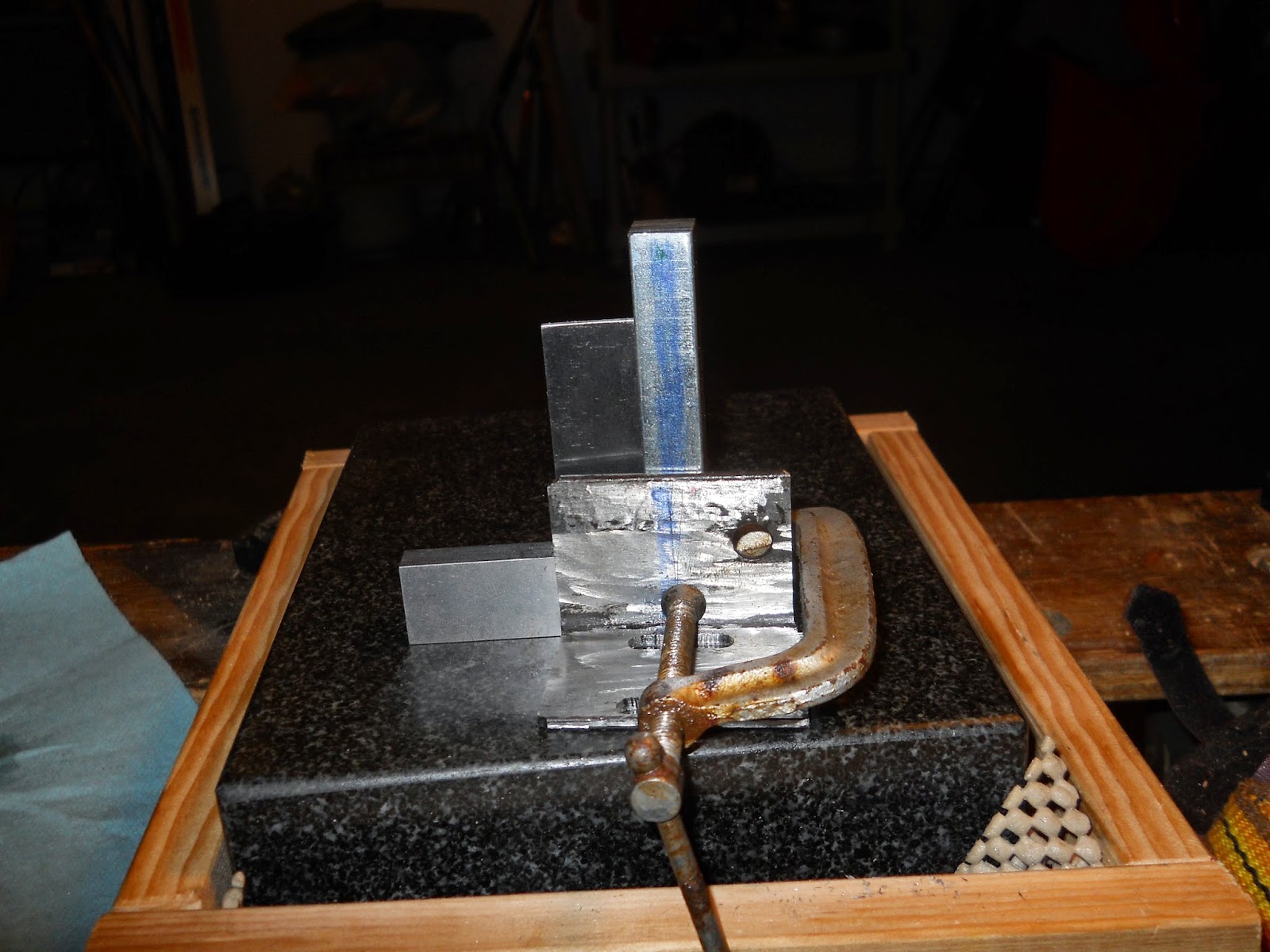 As you can see I have some angle iron -- actually, a piece off an old bedstead I found cast off long ago. I milled the outside as best I could, and I say that because it vibrates llike a tuning fork. I should have used a machininist's jack to damp out the vibes, but I forgot I had made one. The inside of the angle iron has a bar clamped to it. This allowed me to mark out and drill holes for screws to secure the bar to the angle iron. The result is the new improved mockup. 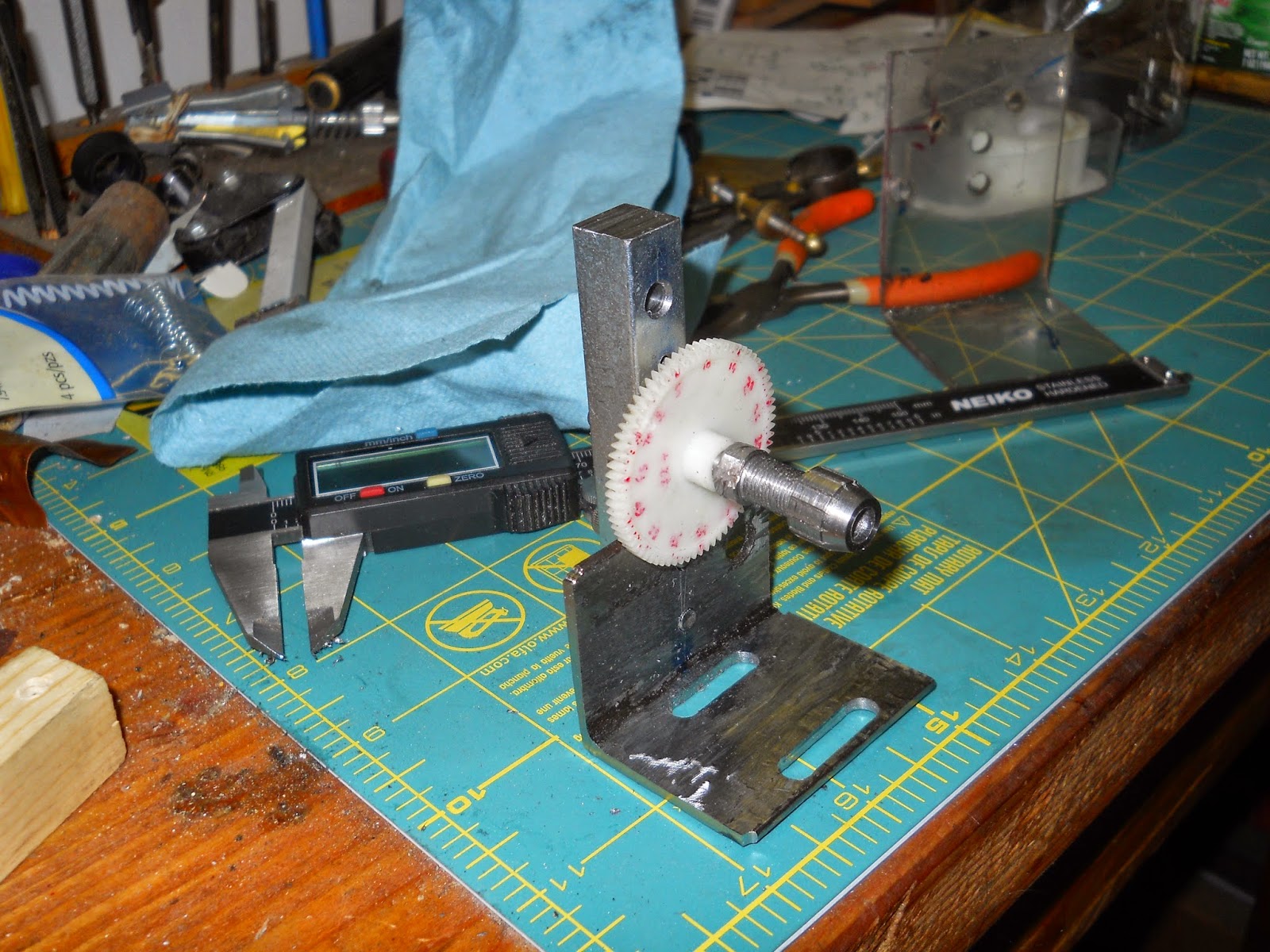 Now we have to put up a vertical bar to hold up the worm. I have that bar milled out, but you will have to wait, because this is the original Topsy. She just growed.
Of course, angle iron is neither square nor uniform, even though I milled the outside edges. It was very clear the worm-holding bar was way off vertical, a whole millimiter. So I spent some time milling out the place where the new bar will go. 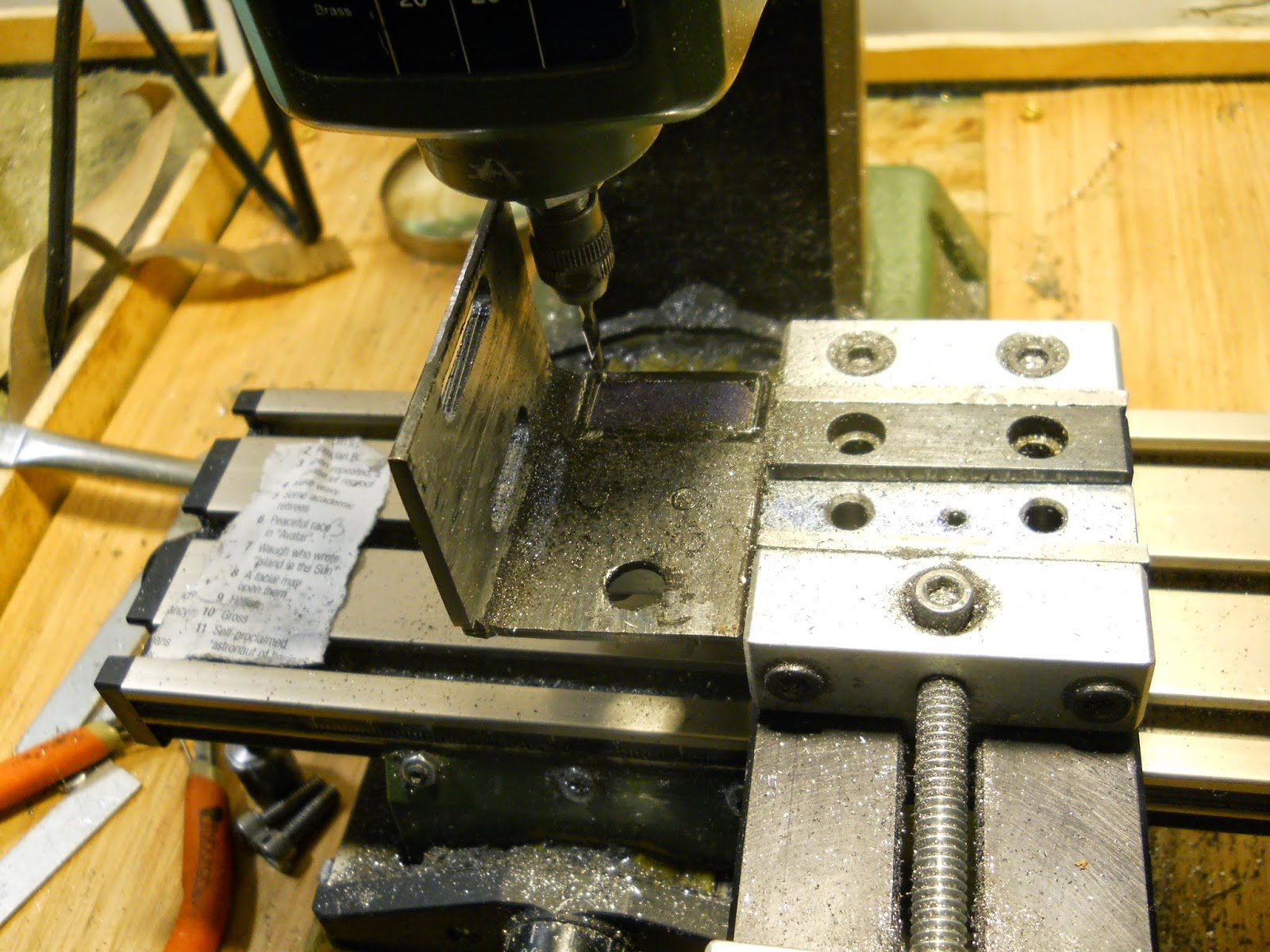 This was quite successful. I had to take off a full millimeter to get it flat.
Next step: square up the bar without moving anything. Then we will worry about the base, and if push comes to shove we will use shims to level it.

In retrospect, if  I had a casting why that would be the way to go. But I have no casting facilities. But so far this has been very enjoyable. Stay, as they say, tuned.