Spring is here. Well, maybe not so much

It has been an extremely long winter. Then again, human memory for climate is short. Perhaps 30 years. I had a professor, long ago. Dr Helmut Landsberg. Prof. Landsberg had actually studied the human memory for meteorological events, such as hurricanes, floods, and even seasonal changes. That's whence I got the thirty year thing. We have a very selective filter, and anything intergenerational escapes it.

But this has been the slowest spring I have seen since I came to Alaska in 1999. Today I did a photo-op on our spring. First thing I did was go out to the garden. It is traditional in Alaska to plant on Memorial day. Not so much, this year. So I did a photo-op on it. 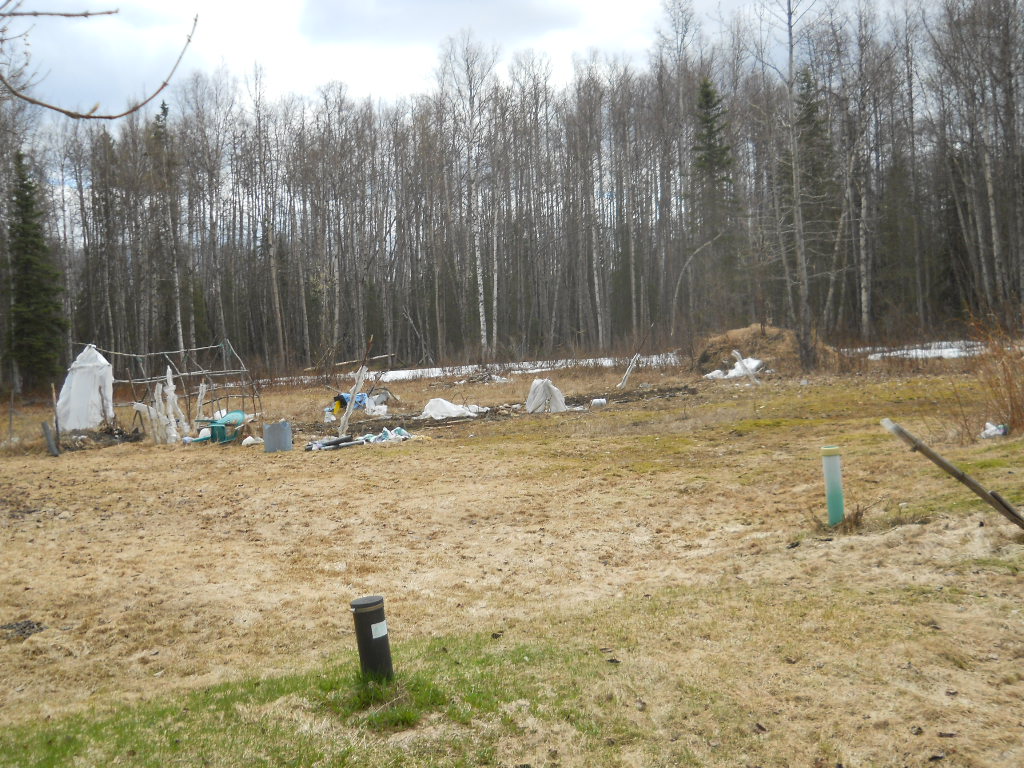 First thing I did was to go to the garden. First, you can see the snow still on the ground in the background. Second, the garden is muck. I sank in 3 cm. No way I am planting this weekend. What fell effects this may have on my internal economy remains to be seen. Short growing season! 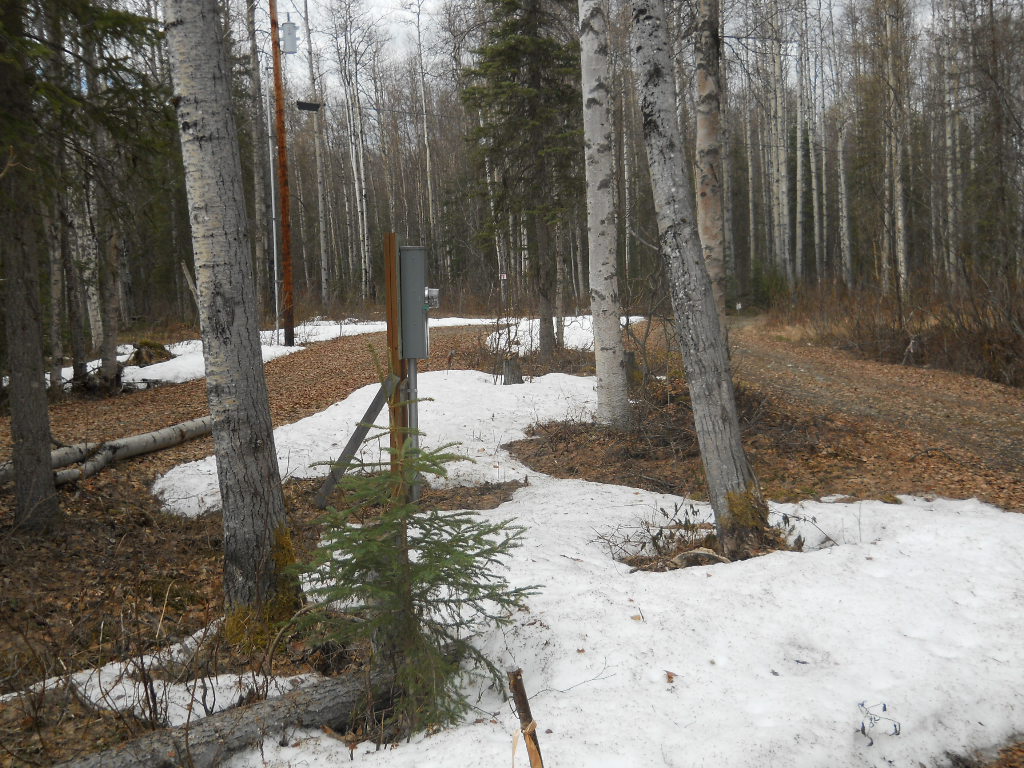 Next we have the driveway. It is clear, but you see that snow patches linger on. Substantial snow patches. Bummer! I have never seen that much snow on the ground this late. Onwards. 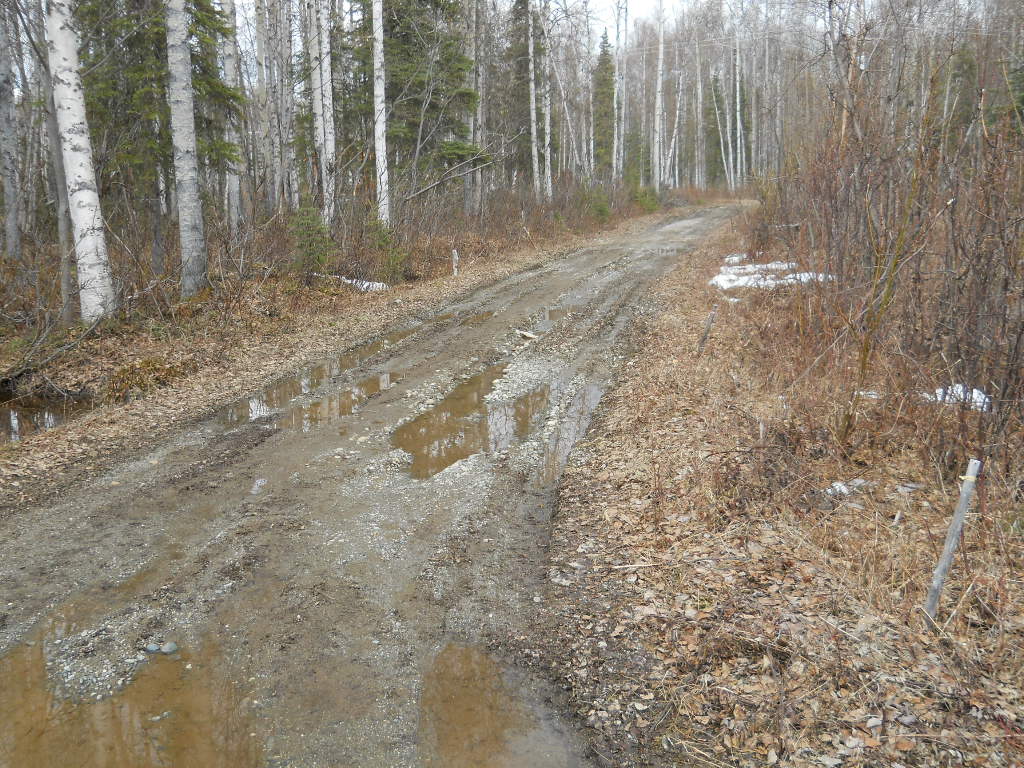 Basargin loop, on which I live -- and have to maintain -- is a morass. It can be passed with 4x4 but is very iffy. But there is worse. There is the Basargin Road tank trap, a photo of which appears below. 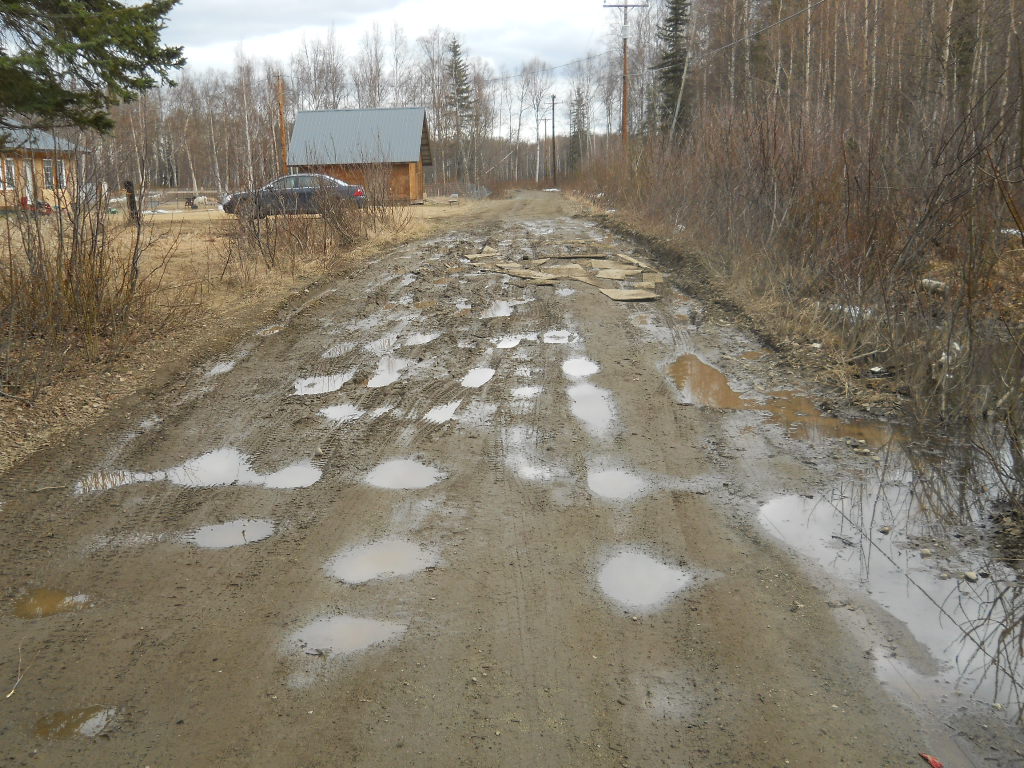 At least we will have no Panzers coming through any time soon. The tank trap is impassable -- absolutely impassable-- by any vehicle  with less than 30 cm ground clearance.  Holes too deep. This excludes poor Vicky Vitara from making the passage. Notice that the villagers have dumped scrap wood all over the place in a futile attempt to improve things.  Notice the low-clearance car prudently parked on the Goat farm property. Neil is no fool! The only solution I can see is to corduroy the tank trap. One would cut logs to road width and put them down in close contact. This is a major undertaking. It involves chain saws and a lot of backbreaking manual labor, putting the logs in close contact. It is easier to let Ma Nature do the work and dry it out.  That is not happening with any speed.

However, this week I abandoned clocks and did some bicycle repair work.  I now have two functional bikes. This winter, the machine shed collapsed on one of my bikes (the best one, of course) and turned the rear wheel into a pretzel. I salvaged the axle and put it on my second bike, which had a broken axle. So not all a loss, and I am learning a lot about bicycle repair. More later, of course. I hope.