My life is somewhat unsettled right now. I will go into this later, after it settles. Meanwhile, it is fall in Alaska. Time to harvest the garden. Much to my surprise I grew the Death Star. This is the largest turnip I have ever grown. I did nothing. Like Topsy, she just growed. 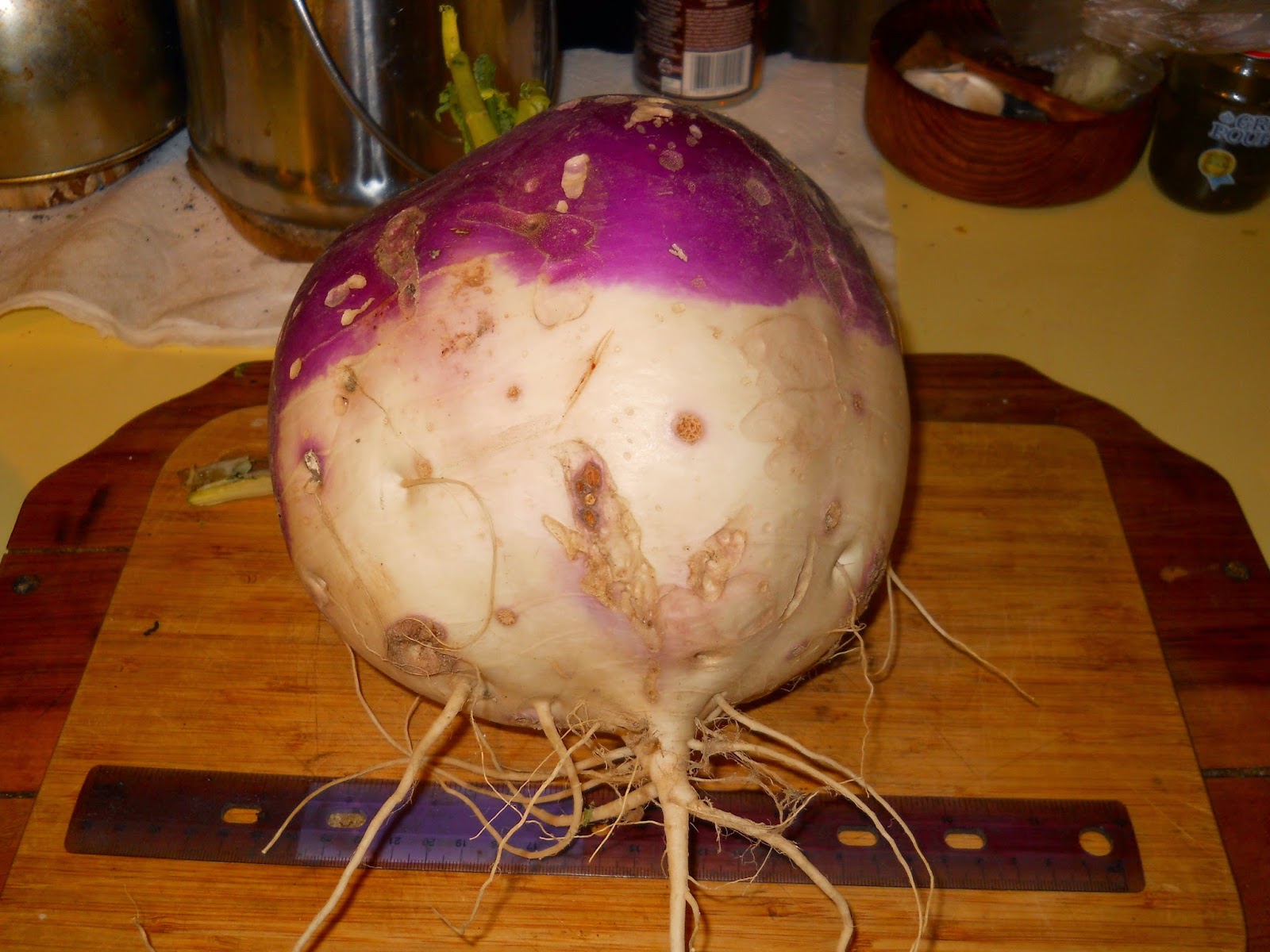 Well, the ruler in the picture is the usual 30 cm/1" ruler so you get the idea Furthermore it weighs about 3 Kilos, or 7 lb for the metrically impaired. I have never seen the like. I am given to understand that at the State Fair they exhibit 5 Kilo turnips. Well, not bad for an amateur effort.

The garden this year was mediocre; but then, things are unsettled as I said before. I suspect this turnip is almost inedible, but if I boil it long enough it might do something, like flavor a stew. I am happy I grew megaturnip.

Meanwhile, some animal (I suspect a wascally wabbit) ate my chard. Compared to last year's moose devastation this is nothing. And the greenhouse us quite spectacular. As I said, I got some special plastic. What a difference! Outside temperature 10C, inside 19C, zucchini wonderful, tomatoes great. Ccn't believe the difference. Outside garden over. Greenhouse still going strong. Apparently wascally wabbits don't like zucchini.
Posted by JRC at 8:21 PM
Labels: 2014, agriculture