On examining my camera --w hich has sat, batteries flat. for some time now -- I seem to have lost a whole bunch of photos. Well, such is life in these modern electronic times. So I will have to reconstruct a whole bunch of projected posts.

So while I do, I thought I would give you a tour through my new shop. I have one half of a two-car garage. This seems like a huge luxury. Much more space than I had before, namely one hallway. Let's start at the garage door. 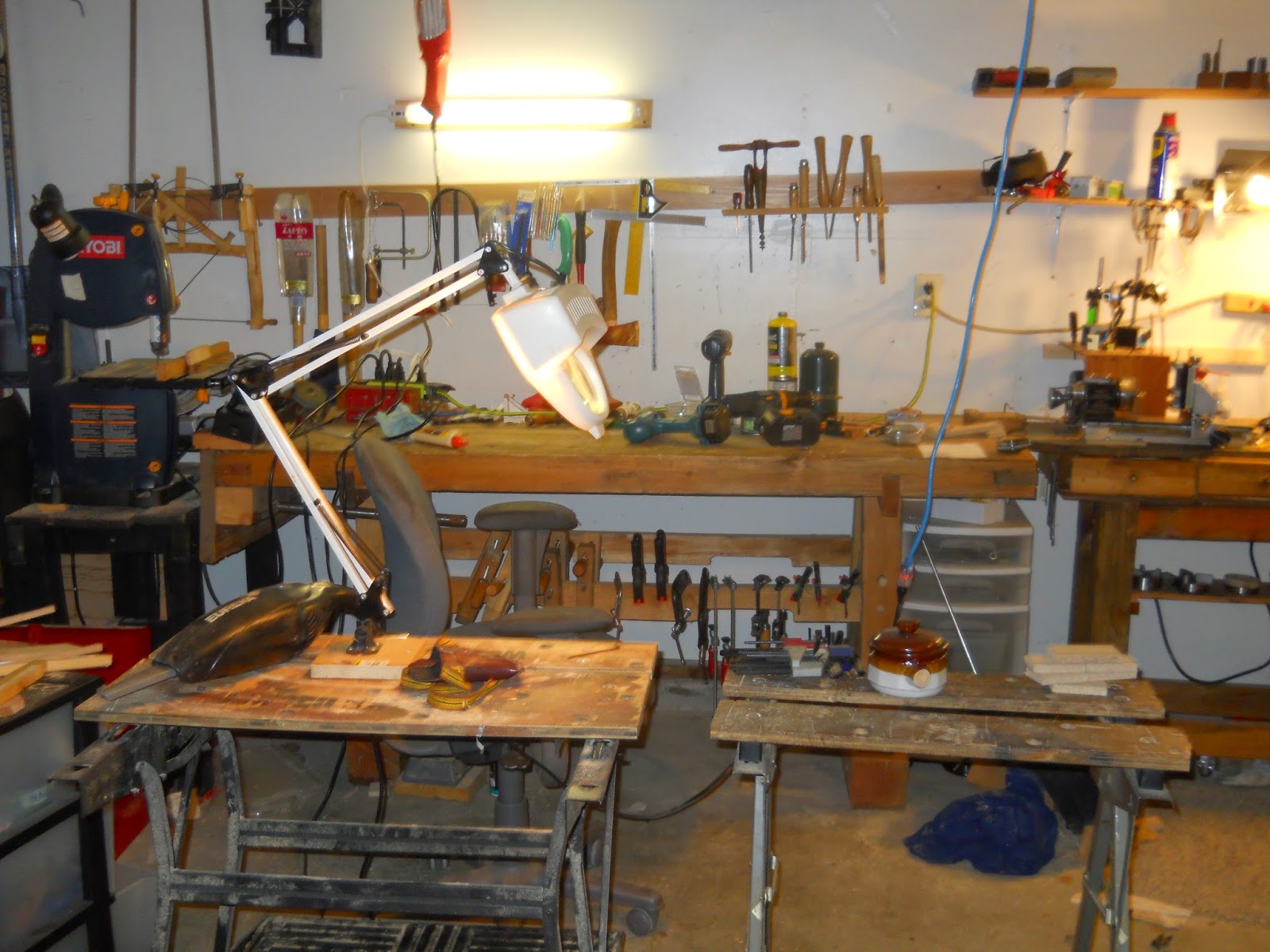 My priceless woodworking bench, which I built in Juneau some years ago now, occupies pride of place. At last I can do woodworking in winter. Previously Mr Workbench lived in the barn -- very cold in winter.  Impossibly so. In the foreground, two out of my three trusty Workmates (TM) . Just wait until you see the vise I got for this workbench. Meantime it's Workmates for clamping. Moving om to the rear of the garage, we have the metalworking machine bench, exactly as it was at Chalupy. Lathe, mill, drill press. No novelty there. I had, of course to add some shelves. 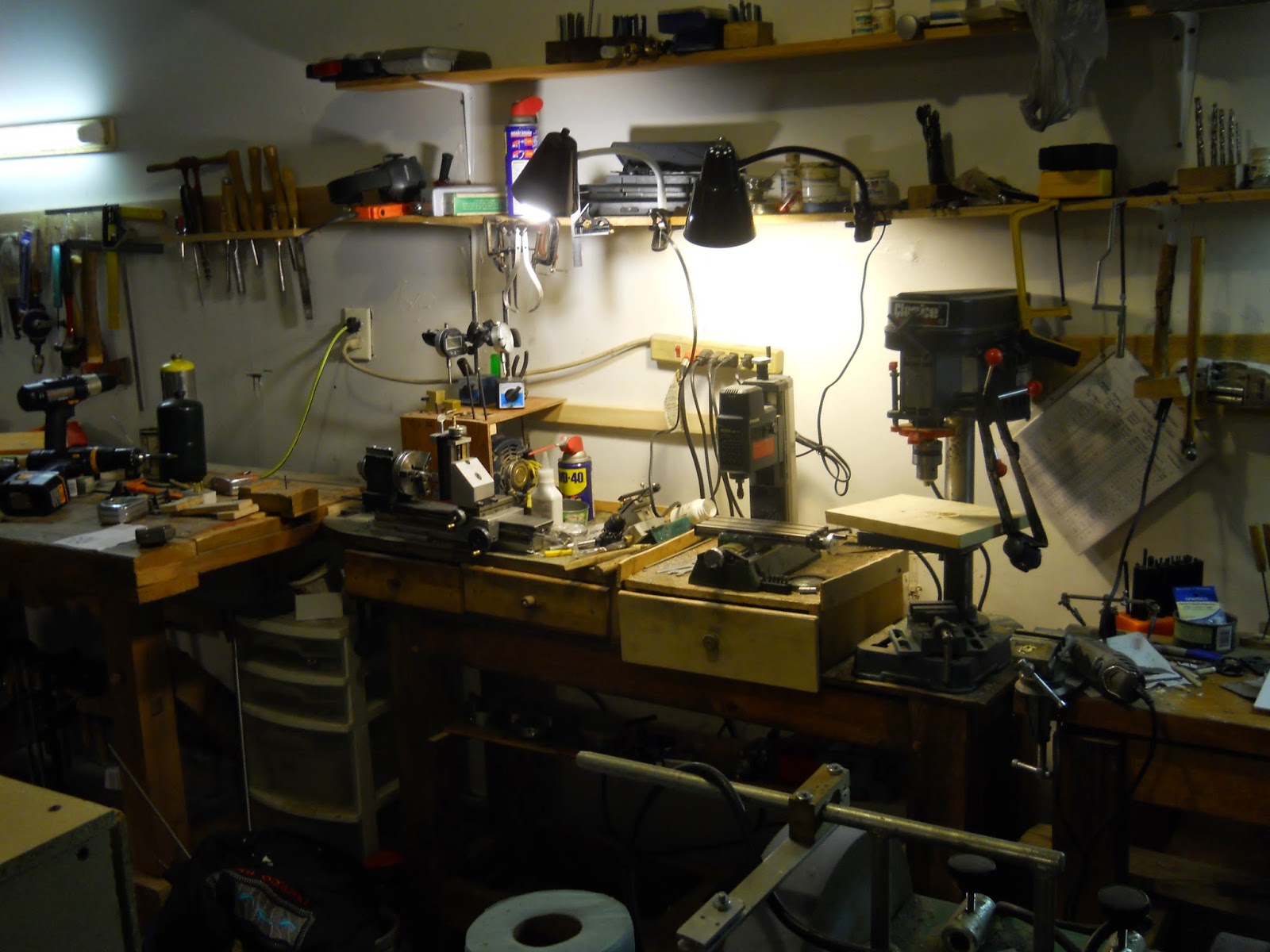 The aassembly/general workbench follows towards the rear. Again, some wood to hold all the tools I need. 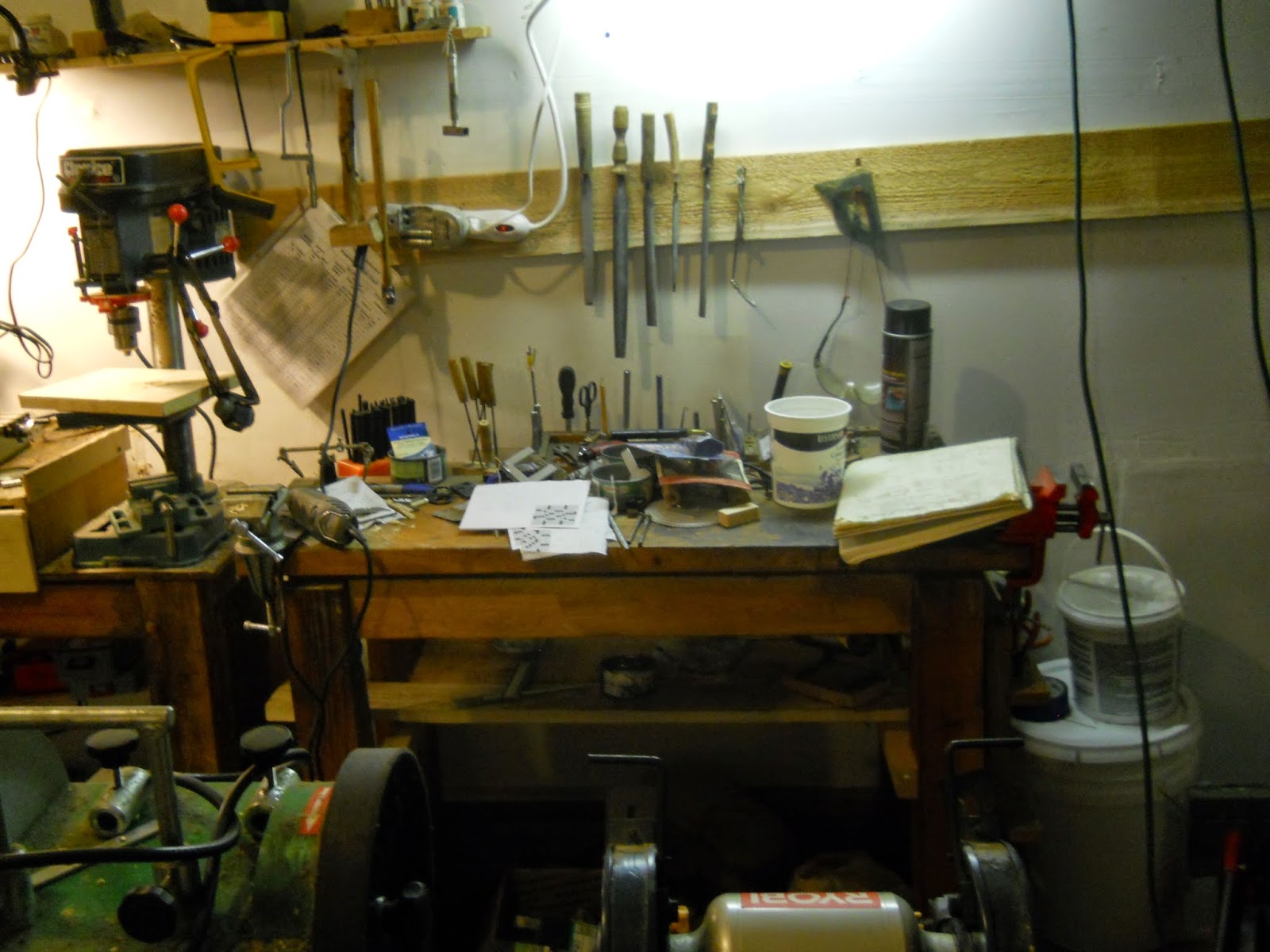 Finally there is the grinder bench , -- the shinto temple of a previous post -- with my grinders and a new contraption, the cabinet. Madame Cabinet is a winter project. It is a ten-drawer cabinet which I hope will reduce the clutter in the shop. I built it out of a couple 1x2s, and some particle board. It deserves a post all to itself, maybe I'll do one. 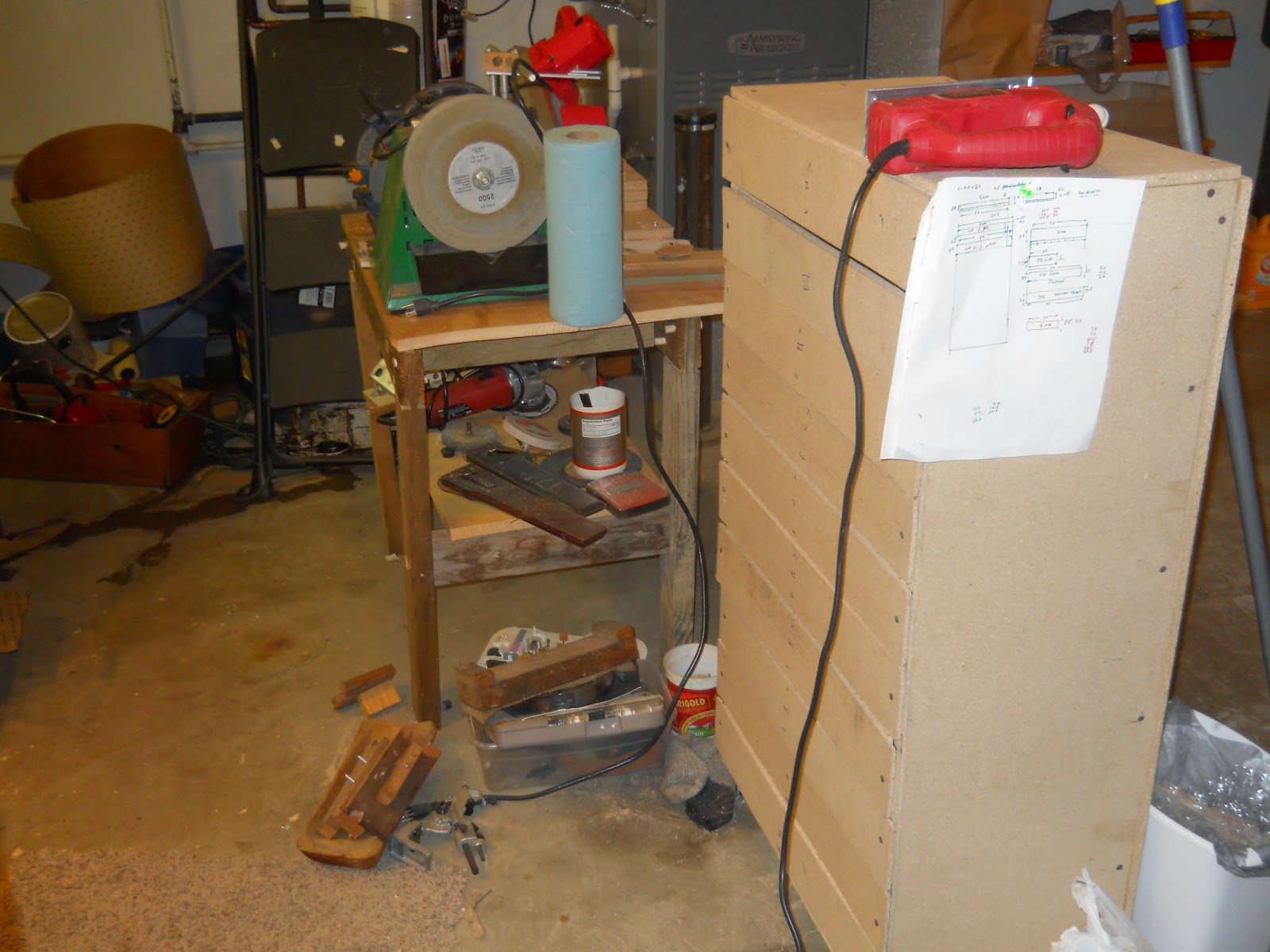 With this environment in mind I will reconstruct the projects currently underway, as soon as I get a new memory card for the camera.