One month to go on the garden

The garden is growing. Not surprising, plants do that. What is surprising is that in spite of the very late start we are doing as well as we are. Here we are, August 1. August is named after a long-forgotten Roman Emperor. I digress. Let's have a look at the garden. 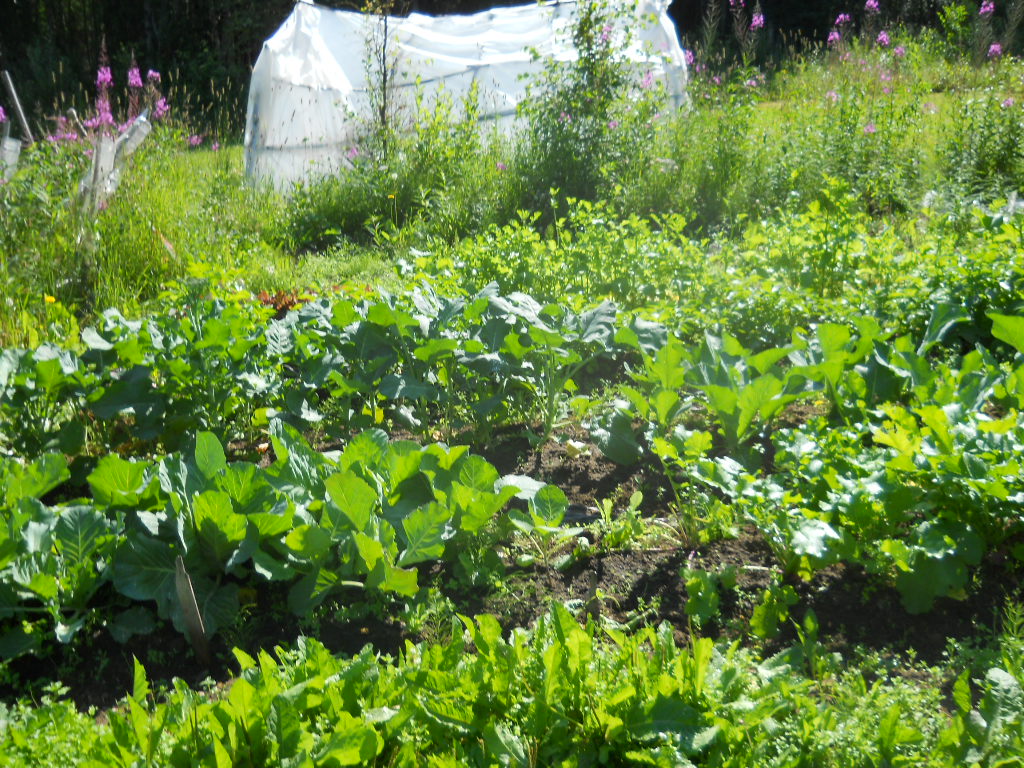 Here we see the cabbages front and left. To the right, the turnips. I like turnips. John calls them "potatoes with an attitude problem." All right. I still like them. Mashed, with butter substitute. I cannot take butter any more, unfortunately. The turnips are ready and I pull them at need. Behind the cabbage is broccoli and we have little tiny brocccoli. Beyond them the cauliflower. No signs of cauling or whatever it is cauliflower does. Now looking southward we have more stuff. 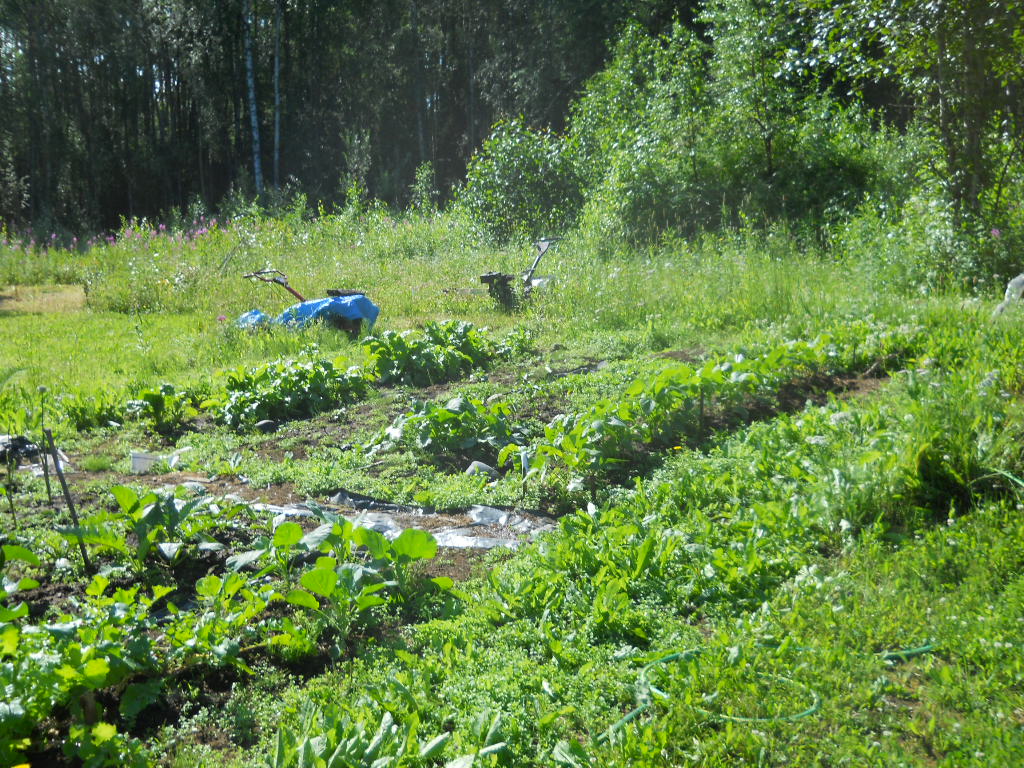 On the left chard and beets. I checked the beets today and they are starting their beeting. Love beets, especially in borscht, which my daughter makes so very well.
Then the late potatoes. Then some summer squash. It is doing well. Then herbs. On the right, beans. Will they bean? I don't know. And some junior collards, a desperate last-minute planting. Don't know if they will get there.

In the first picture you see our greenhouse. I have some tomatoes in it, some Japanese cucumbers, some eggplant (an experiment) and some zucchini. The zuchhini threaten the world, like Godzilla. Got to do a post on that. Meanwhile, we are eating fresh lettuce daily; nothing better, all red-leaf but it was, as I have said before, a difficult spring. And the potatoes are doing just fine, thank you. Root vegs do very well in Alaska. I may have some mystery vegs somewhere here too.

For such a late start, I am satisfied. At least two weeks late. Nothing I could do about it. Us mini-farmers, and even Big Ag with their million-dollar machines, cannot modify the weather.

So we weed, and we water. And we mow the "lawn" which unfortunately today cut my hose into pieces. I really have to bury the hose, but then, what to do about the winter? Maybe some pipe; run the hose through it. Bury the pipe.  Got to think about this. How to drain it in winter? Food for thought. Meanwhile we are growing food. Nothing is more satisfying.