The attack of the killer moose

The perils of Alaska gardening are many. John greeted me today with the news that a pair of moose, mommy and child respectively, got loose in the garden. The good news is that he chased them (he was up early!) off and the damage was contained. The bad news follows.

Now I know that in the midwest deer are pests. Say you will about Bambi, when he eats up your hard-planted and cultivated corn, over which you have toiled for months, you begin to think that bambiburger is not such a bad thing after all. But I have been gardening here for about ten years. Only Cassius, whom I think has a label all to himself, was a pest. But Cassius was a special case, an obvious moose school dropout. We now have a repeat instance of the incident. 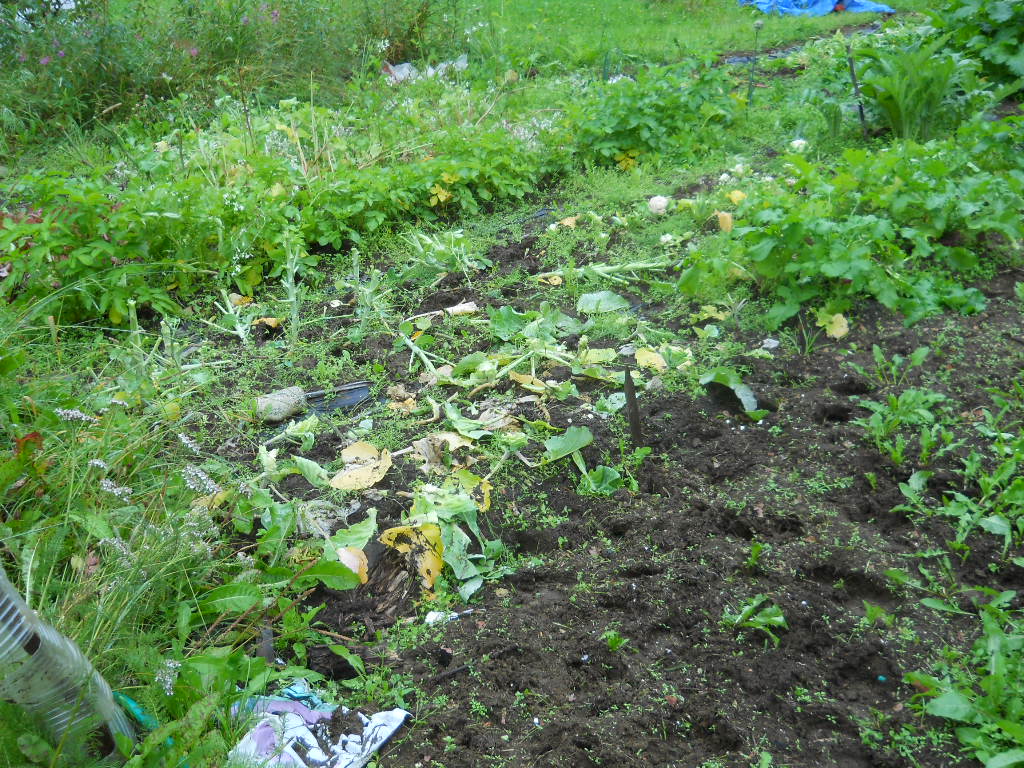 The broccoli is destroyed. Gone. Vanished. Eaten. It was the best broccoli I ever grew. At least we got to taste it before it was gone. There are moose prints all over everything, hope they show up. If not imagine big big prints in the mud (it has been raining for what seems forever). Amazingly the cauliflower survived. But all the leaves are gone. They left the cabbage untouched. We must be thankful for small mercies. 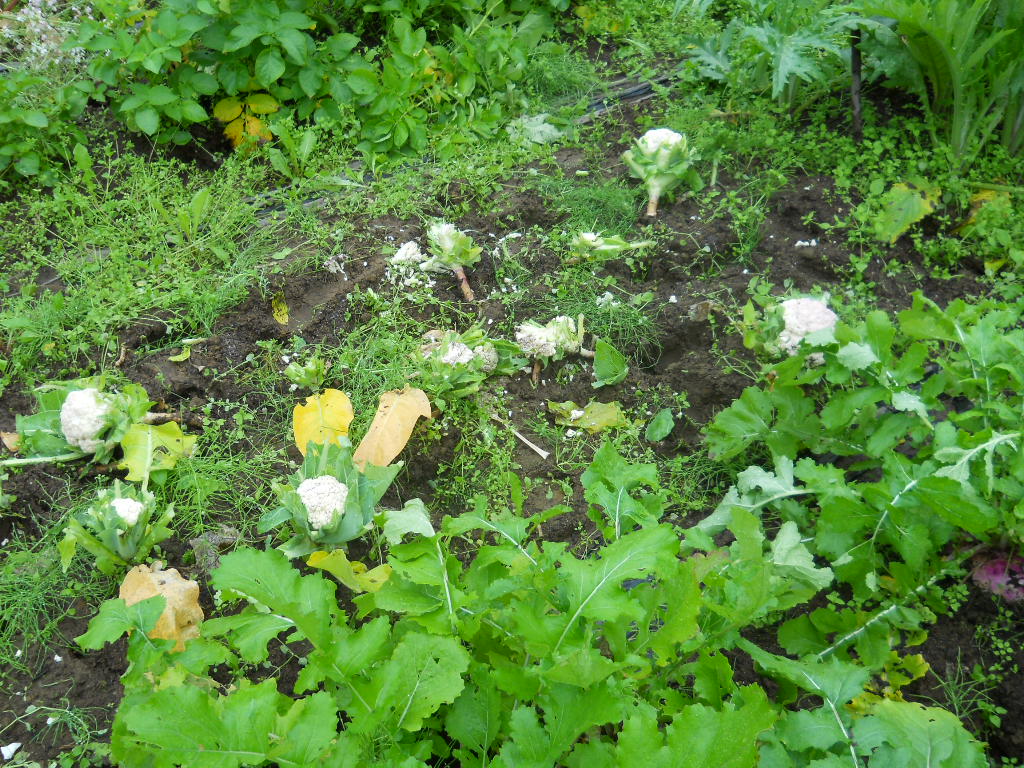 Another shot of the cauliflower devastation. Moving on to row 1 (back) we see that the chard is gone, kaput, and over. I love chard. This hurts too. The beets survived, again a small mercy. 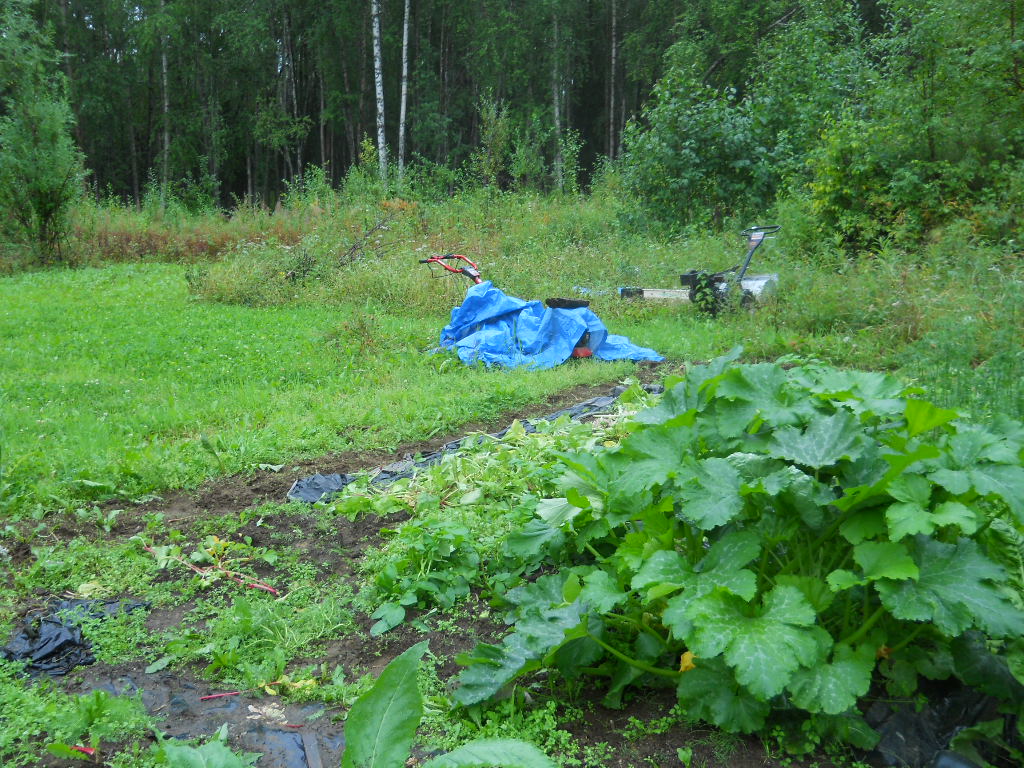 It could have been worse, I suppose. I seem to have connoisseur (or is that connosieuse?) moose. They went for the edges. And they left all the cabbage.

Conventional wisdom says that CD records blowin' in the wind will scare the moose away. I will try this as soon as the rain stops.  Myself  I would prefer #7 birdshot in the very large derriere of a moose. Nothing like reinforcing the lesson, see the Cassius posts. I would hate to kill a mother and child over anything as trivial as my garden, so #7 is the call, not the 30-30. And aim at the posterior. But you have to catch the culprit red-handed.

The greenhouse is unscathed. Another mercy. There is an ancient military saying. "Once is an accident. Two times is coincidence. Three is enemy action." Probably coined by Alexander the Great. I think it is CD time, even if it is only coincidence. Moose are supposed to be stupid. I notice they picked me, and not the Russians. That is because I am the outpost. Always attack the outpost. Maybe moose not so stupid after all. Sun Tzu himself would have done no better.